KellyBronze turkeys will be sold throughout the US, following the United States Department of Agriculture’s (USDA) decision to grant the Virginia processing plant a full licence.

Until now, turkeys from the Crozet plant have only been allowed to retail in the state of Virginia, while last year the plant was given a provisional licence subject to all the food safety checks and micro work being favourable. 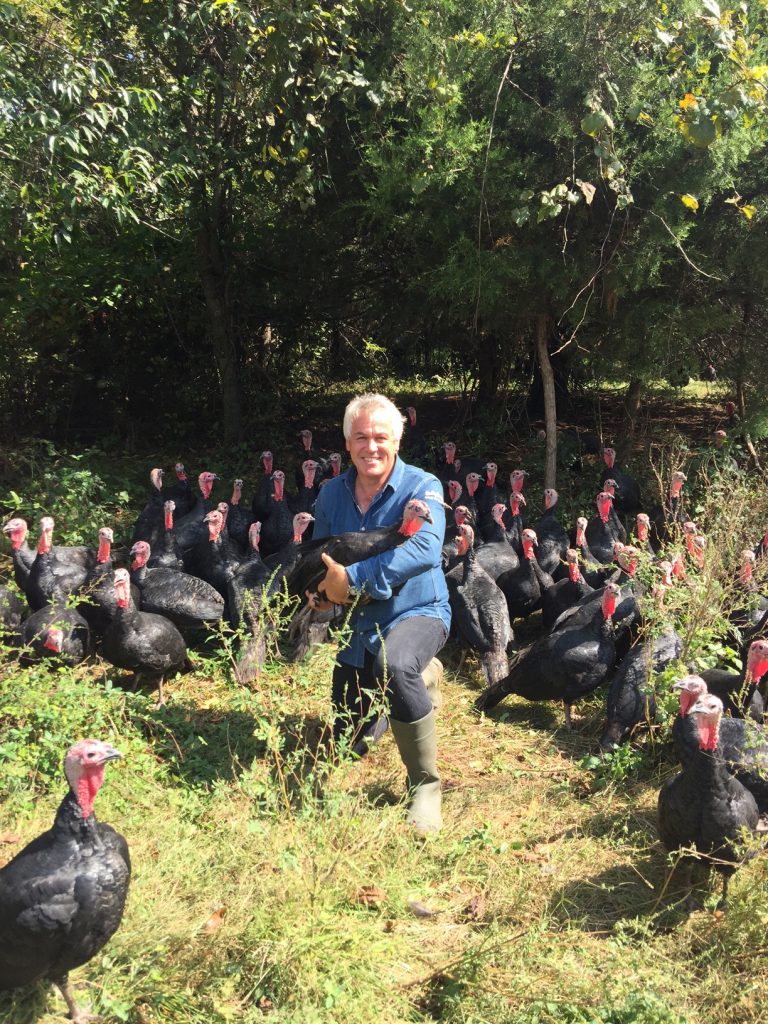 Paul Kelly with a flock of Kellybronze turkeys in Virginia, USA.

Paul Kelly, managing director of Kelly Turkeys, has been piloting the Thanksgiving market on the US east coast for the past four years and the facility at Crozet has become the only plant officially licensed in the US to dry pluck and hang turkeys in the way that traditional turkeys are prepared in the UK.

“The USDA has been very helpful and has had to make many waivers to allow the dry plucking and hanging process to get USDA approval,” Kelly noted.

Turkeys handled in this way were once known as ‘New York dressed’ birds, named after the way they were prepared ahead of the long journey from farms in the Mid-West.

The practice spread to the UK where dry plucking and hanging for ten to 14 days is routinely used to enhance the flavour and appeal of the traditional Christmas turkey.

In the US, the cheap frozen turkey is the popular choice for Thanksgiving – but just as in the UK at Christmas where there is a strong niche market for top quality, fresh turkeys Kelly believes there is similarly the potential for a premium product for the most important meal of the year across the US.