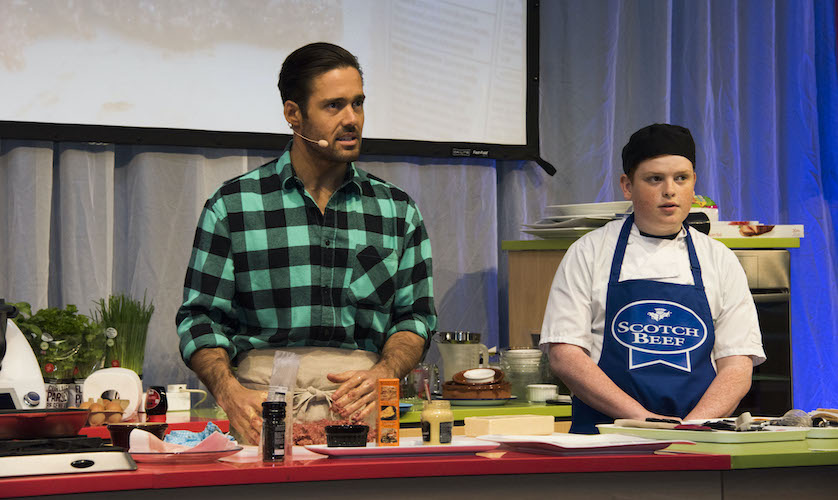 Reality TV star, Spencer Matthews, promoted the benefits of red meat to over 3 million online users as part of the campaign.

The campaign consisted of a range of activities over the last 12 months to help counter misinformation in the media on the role of red meat in the diet, providing reassurance and evidence-based information to consumers regarding the important health benefits beef, lamb and pork provide.

Alan Clarke, chief executive of QMS, said: “In an age of confusing, often contradictory headlines, and the differing viewpoints that current science and research present, it is vitally important that the role red meat plays in a healthy, balanced diet is communicated clearly and accurately to the public.

“We seek to provide evidence-based information in the interest of public health, to help consumers make informed nutritional choices instead of following trend-led diets or acting on sensationalised media claims.

The programme also launched the Food Advisory Board this year, a panel of leading experts in nutrition, agriculture and environmental science, drawing on their knowledge in order to support the promotion of a balanced diet.

The bodies have worked with the board to engage with trade media, place balanced and informative commentary across a wide range of national news outlets with a combined readership of 10 million, and have provided commentary for 14 major advertorials with a 3.3 million total reach.