Members of the meat industry say they are ‘deeply concerned’ by Channel 4’s decision to air its latest documentary, ‘How to Steal Pigs and Influence People.’ 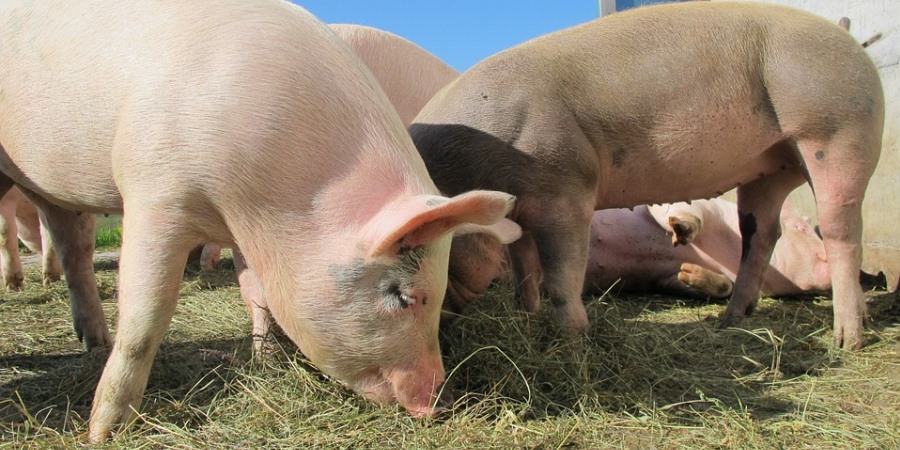 NFU and all UK farmers unions hit out at ‘How to Steal Pigs and Influence People.’

The documentary features a segment which sees a group of vegans and ex-vegan influencers attempting to carry out farmyard heists. Tony Goodger, a spokesperson for AIMS, spoke out against the documentary, saying the programme ‘potentially compromise, bio-security as well as the safety of the protesters, pigs, farmers and their families.’

Since airing, the National Pig Association (NPA) has criticised the programme, saying the documentary would be demonstrating ‘blatant criminal activity on pig farms that has caused great distress to farmers, who have done nothing wrong, as well as harming the welfare of pigs and posing unacceptable health risks’.

NPA policy services officer, Lizzie Wilson, said: “We want to send a clear message that this sort of programming is unacceptable, and as a result we will be seeking legal advice to help inform further NPA action.”

The National Farmers Union, alongside NFU Cymru, NFU Scotland and the Ulster Farmers Union, has also commented on the documentary. In a joint statement, the unions said: “We are deeply concerned that Channel 4 is broadcasting this documentary, despite being contacted beforehand by those involved in the farming industry who know only too well the very real impact that this kind of criminal behaviour has on farmers, their families, their business and the health and welfare of their animals.

“It is quite astonishing that Channel 4 has chosen to commission and broadcast this programme given the dreadful impact that these attacks have on the health and wellbeing of those farmers targeted.”

“We believe that the title and trailers for ‘How to Steal Pigs and Influence People’, with promotional wording talking about ‘daring farmyard heists,’ shows that the programme makers regard this illegal activity as trivial and humorous. Channel 4 has said the programme will not glamorise or condone illegal activity. We are interested to know how this statement is compatible with its own admission that the documentary will feature illegal activity by activists. We want to understand what efforts the broadcaster has gone to to pass information on to the police regarding any criminal behaviour it has either filmed or featured in the programme.

“Farms are not only businesses, they are also homes for families. It is quite astonishing that Channel 4 has chosen to commission and broadcast this programme given the dreadful impact that these attacks have on the health and wellbeing of those farmers targeted. We do not understand why farming families are being seen as fair game by the broadcaster and treated differently from other British citizens who all have the right to be protected from criminal behaviour and not to see those criminals given airtime and profile.”

If you watched last nights programme on @Channel4 #howtostealpigs please be aware of this and act accordingly pic.twitter.com/BIXhZ9F3Hy

“We are extremely concerned that the planned programme could be televising and potentially glamourising acts of criminality." @pigwigpress on @Channel4's unsubtly entitled programme: How to Steal Pigs and Influence People. Read more here: https://t.co/VNsmptkXao pic.twitter.com/IXdYzMmt5j

Sgt Simpson: We support peoples varied lifestyle choices, but stealing livestock is a crime. Committing crime for social media likes and then risking the biosecurity of the farm, could result in all the livestock being destroyed. #RuralCrime #howtostealpigs #BioSecurity #Cheshire