Red Tractor livestock and pig farmers have reacted to the assurance scheme’s autumn advertising campaign, with feedback highlighting how important the advert is to their businesses. 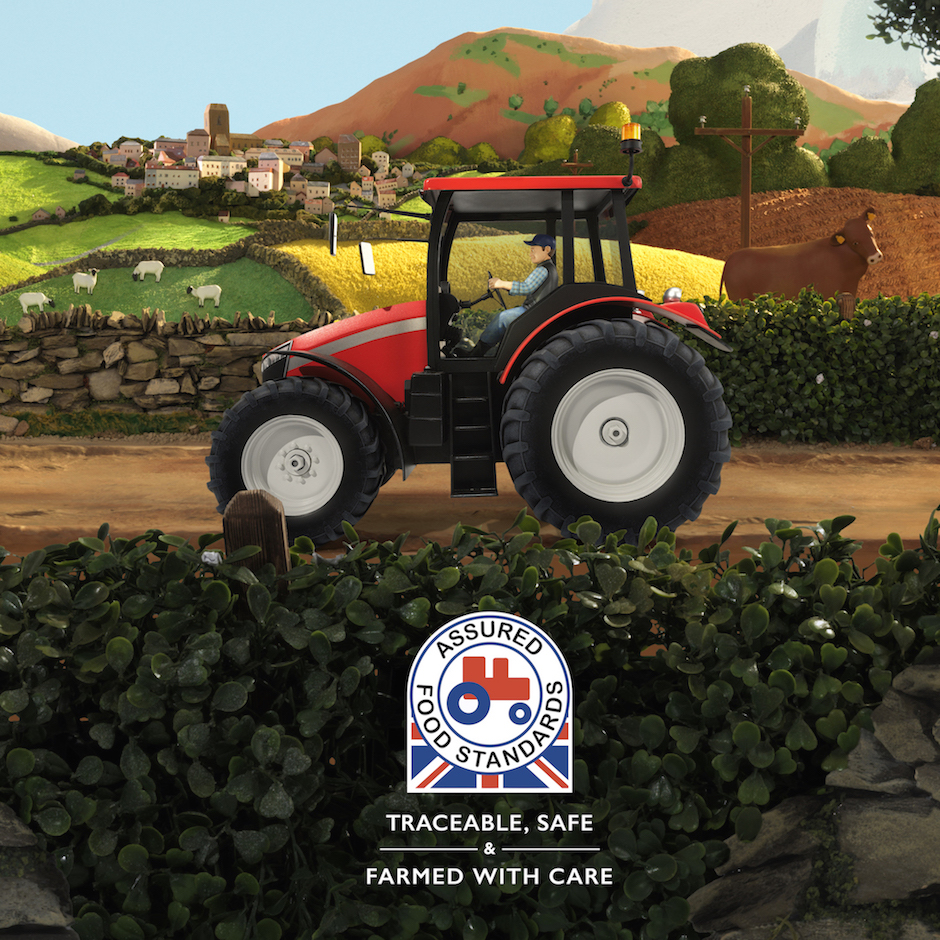 The animated television advert uses the strapline ‘traceable, safe and farmed with care’.

Red Tractor report that the number of shoppers associating the logo with ‘traceable food from farms to pack’ has nearly doubled to 62%.

In addition, the number of primary shoppers who say they will trade up and buy Red Tractor food instead of cheaper alternatives has also jumped by 1.4 million.

An eight-week programme of activity spearheaded by the organisation’s first ever TV advert launched in September, with consumers polled by YouGov before and after the campaign.

To drive up understanding of the scheme’s standards, the animated television advert used the strapline ‘traceable, safe and farmed with care’.

The assurance scheme’s chief executive Jim Moseley said the results were fantastic, adding that this is “just the start” of a prolonged campaign to enhance the reputation of the logo.

Surrey beef farmer Hugh Broom said: “Farm assurance is all about consumers having confidence in the logo when they see it on the shelf and knowing that it’s been produced to a certain standard.

“We all work so hard to do the very best we can on our farms and anyone who breaks the rules is not only risking their own business but the reputation of an entire farming industry, which has been built on the standards Red Tractor lays down.

“We need Red Tractor to underpin everything we do, we need it to tell consumers both here and abroad about the great job we are doing and we need every farmer to do their bit and ensure the scheme is not undermined.”

Dorset pig farmer Robert Lasseter said: “The Red Tractor supply chain, to which I have belonged since its inception, has proved itself and goes from strength to strength. It is vital to my business and I couldn’t trade without it.

“I find it extraordinary how many people I still speak to that don’t know about Red Tractor’s importance to them in delivering healthy, safe food, produced to the exacting scheme standards that are rigorously audited, so it’s really encouraging to find out that through Red Tractor’s investment in this TV advert another 1.4m shoppers are changing their shopping habits.

“That is a really positive start; there is a lot to build on and enormous scope for increasing awareness among our customers,” he concluded.