Members of the meat industry, including the British Poultry Council, have responded to the Migration Advisory Committee’s latest report by saying more must be done to ensure British food remains affordable and accessible. 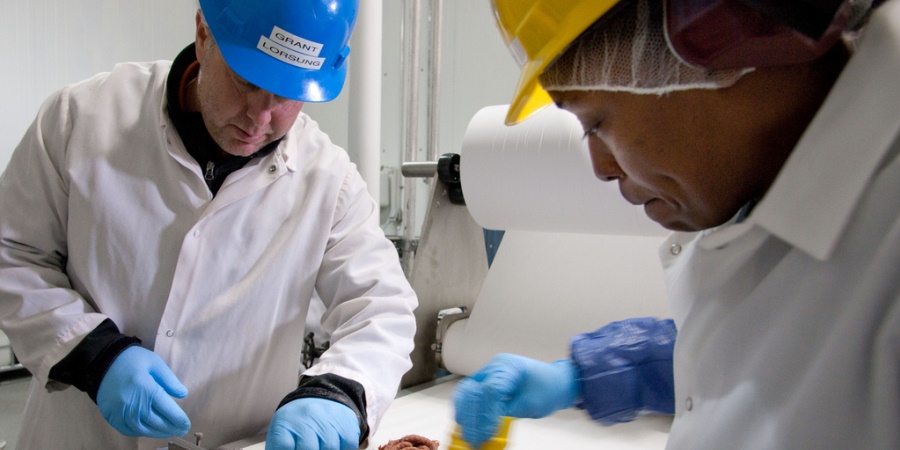 The latest MAC report recommends dropping the salary threshold for skilled workers from outside the EU to £25,600.

The recommendation from the ‘Migration Advisory Committee (MAC) report states that the salary threshold for skilled migrants from outside the EU should drop from £30,000 to £25,600.

British Poultry Council, Chief Executive, Richard Griffiths, commented: “The recommendations made by the Migration Advisory Committee (MAC) of using a combination of skill and salary thresholds will have the largest impact on British food producers, with poultry meat industry being the hardest hit.

“If the MAC’s intention is to base its recommendations on what it sees as ‘being in the best interest of the resident population’ then they have failed miserably.”

“We value all of our workforce, wherever they come from, but the MAC report fails to respond to the current need for labour in the poultry industry post-Brexit. Poultry is half the meat the country eats. Our sector has grown significantly, beyond the UK labour availability in the areas we operate, and 60% of our workforce (22,800 people) are EU nationals who ensure safe, nutritious and affordable food is available for all.

“If the MAC’s intention is to base its recommendations on what it sees as ‘being in the best interest of the resident population’ then they have failed miserably. With the UK leaving the European Union, it is more important than ever for the Government to recognise the needs of the poultry meat industry and enable the sector to continue feeding the nation their favourite meat. We cannot run the risk of creating a two-tier food system where we import food produced to lower standards and only the affluent can afford quality British produce.

“If Government wants to shape our future immigration policy in a way that improves people’s lives, then it must ensure that British food remains affordable and accessible for all. We are calling on the Government to protect the necessary access to non-UK labour that poultry producers need to be able to fill the 7,200 vacancies within the industry every year. This will enable our sector to continue to flourish and feed the nation with food produced to the high standards it demands.

Losing control of how we feed ourselves as a nation would undermine British food producers at a time when we should be looking to use Brexit as an opportunity to take matters of nutrition, productivity, and sustainability into our own hands and make a step change for the benefit future generations.”

NFU Scotland parliamentary affairs manager, Clare Slipper, said: “This is a paper that signifies some progress but still falls a significant way short of delivering a platform for an immigration system that will ensure that the permanent and temporary labour requirements of Scotland’s food and farming sectors will be met.

“The MAC’s proposed move away from an arbitrary wage threshold of £30,000 is welcome as such a threshold would have been totally inapplicable in most vacancies within agri-food.

“However, NFUS continues to dispute the need for wage thresholds at all, as well as the assertion that they are needed to prevent undercutting in the labour market. There is no evidence of such bad practice happening in Scottish agriculture, which is regulated by the Scottish Agricultural Wages Board.

“In addition, setting an arbitrary definition of ‘skills’ also fails to account for the skills that an employee will accrue whilst in a post – to operate machinery, or undertake skilled husbandry of crops and animals.”

Tim Rycroft, chief operating officer, Food and Drink Federation, said: “Reducing the £30,000 minimum salary threshold for skilled workers to £25,600 is a step in the right direction from the MAC and partially reflects FDF’s call to lower the salary threshold along with the skill threshold for this visa. Nevertheless, we would urge the Government to consider going further still by adopting the ‘going-rate’ system outlined in the previous Home Secretary’s letter to the MAC as part of a new system that would also allow our members to recruit the talent they need at all skill levels.

The new immigration system must also be accessible for the many food and drink manufacturers who will be recruiting via an immigration system for the first time. EU nationals currently make up a quarter of our 430,000 person workforce and a survey of our members showed that 95% employed EU nationals without the need for visas. Many of these will be small or medium sized businesses who are unable to afford expensive legal fees and the new system must be streamlined to reflect this.”