Home » Lamb » Morrisons to move back to British Lamb

Food retailer Morrisons has revealed that it will only be stocking British lamb from now on, abandoning New Zealand and Australian imports.

The retailer’s CEO, David Potts, made the announcement at The Great Yorkshire Show which took place between 11th and 13th July. 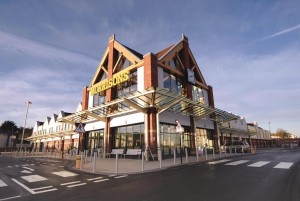 Morrisons has revealed it will only stock British lamb.

Potts explained that Morrisons will no longer stock imported lamb from New Zealand and Australia and will instead move to 100% British in its own-label brand ‘Market Deals’.

Speaking at the Great Yorkshire Show, Rob Youngson, meat director at Morrisons, said: “Customers tell us that they want more homegrown food and we are listening.

“We have always been committed to selling British meat and today we are taking this a stage further by making a clear pledge that if you buy fresh meat at Morrisons it will be British.”

Reacting to the announcement, National Farmers’ Union (NFU) deputy president, Minette Batters, praised the decision and commented: “We are extremely pleased that Morrisons has shown this level of commitment and chosen to fully back British sheep producers.

“Morrisons has traditionally been a strong supporter of the British livestock industry and much of its messaging to shoppers is centred on stocking 100% British Red Tractor assured fresh meat.

This move will certainly make it easier for shoppers who want to buy British lamb in store but have previously been confused by the ‘Market Deals’ labels.”

NFU livestock board chairman, Charles Sercombe, said: “We appreciate that Morrisons purchase a significant number of lambs every year, around 750,000, so this high-profile commitment to source 100% British lamb across all its lines provides a very welcome boost for the UK sheep sector at a time when our future trading relationships is uncertain. It is vitally important that we see strong support from British retail and consumers.”