Peter Mitchell of OSI Food Solutions Ltd., is the new British Meat Processors Association (BMPA)  president and in his opening speech at the BMPA conference last week he left government in no doubt about members views on regulation.

Addressing his remarks to food and farming Minister, George Eustice he said: “We hear a lot about government commitment to reduce the regulatory burden on business, but we don’t see much of that in our industry.”

Mitchell also stressed the importance of processors protecting themselves against food fraud and that intelligence gathering was important to weed out criminals that put legitimate businesses at risk. 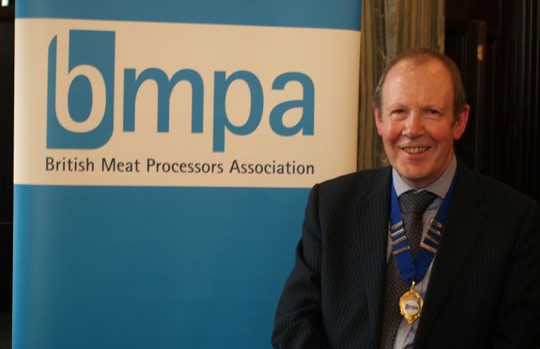 The conference was attended by the current head of the FSA, Catherine Brown and its former leader, Tim Smith, now Tesco’s technical director. A full report will appear in Meat Management’s June issue.