Export volumes of UK sheep meat to non-EU markets in the first quarter of 2014 have hit a new record high. 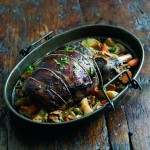 Shipments to these markets increased by 53% compared with the same period last year at 5,430 tonnnes, with the Far East and West Africa the leading destinations.

Hong Kong is now second only to France as the largest volume destination for UK sheep meat exports, with volumes for the first quarter of 2014 up 38% on the same period last year. It accounts for more than 75% of the UK’s non-EU trade.

Jonathan Eckley, EBLEX export marekting executive, said: Securing market access to more non-EU markets continues to be on of the key focuses of EBLEX’s export team. We’ve experienced a strong growth in trade with non-EU markets since 2008 and the first quarter figures for 2014 are very encouraging.”