After John Mettrick’s term came to an end, Jim Sperring was confirmed as the new NFMFT president at the Federation’s annual general meeting.

In his inaugural speech Sperring commented: “My time on the Executive Committee and with the London Association proves to me just how necessary trade associations like the federation are, providing day to day support, valuable services and representing the demands of our members…there has never been a time in our history when the Federation, our role and service to members has been so necessary.” 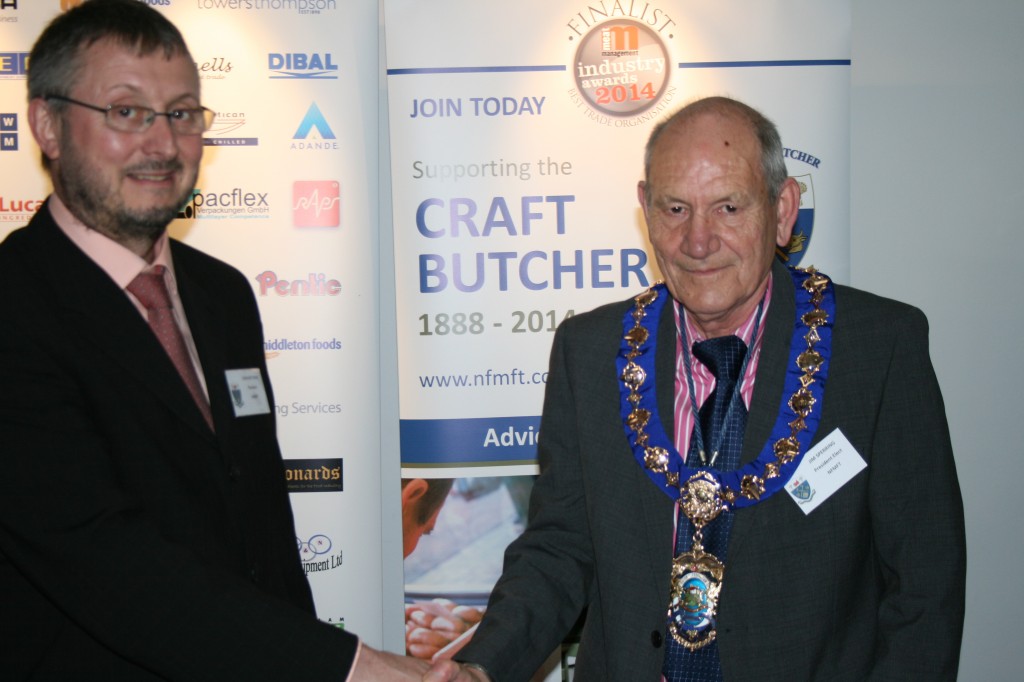 After passing over the presidency to Sperring, John Mettrick said: “I have enjoyed my term as president. I feel that the Federation is moving in the right direction. There are now more benefits to butchers than ever. Thank you for the executive council’s support over the two years. I wish Jim all the best for his year as president. There’s nothing I liked more than helping other butchers and I hope he has as good a time as I have had.”

What core skills does the butchery trade need in the future?
EU membership choice must not damage Scotland’s meat export progress warns SAMW