Meurig Raymond has been elected the new President of the National Farmers Union and his deputy is Minette Batters, the NFU’s first female national officeholder. 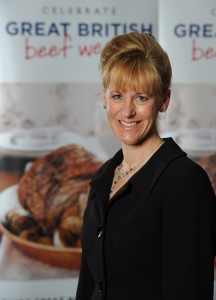 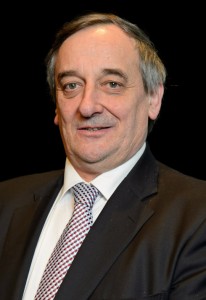 Mr Raymond, a mixed farmer from Pembrokeshire, succeeds Peter Kendall who stood down from the role after eight years in office. Minette Batters is a beef farmer from Wiltshire and Guy Smith, an arable farmer from Essex, was elected Vice President.

Raymond, who had been the NFU’s Deputy President for the last eight years, said: “What has been achieved over the past few years has been phenomenal. We need to convince the policy makers, retailers, consumers and society of the importance of food production and British farming and that we, as farmers, can help to grow the rural economy.”

Minette Batters on taking up her role said: “It is a huge honour for me to be elected Deputy President of the NFU. I’m delighted and I’d like to thank the South West region, which has been through such a challenging time, for its support. I’m looking forward to the challenge. It’s up to us as officeholders to make sure our members get what they want.”

Guy Smith said: “I’m really looking forward to working with Meurig and Minette. I have a passion for explaining our industry better to non-farming industries and I hope this role will give me the opportunity to do that more.”