The Provision Trade Federation (PTF) has announced the appointment of Andrew Kuyk CBE as its new director general. 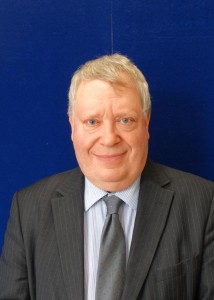 Andrew Kuyk has accepted the role of director general for the PTF.

Kuyk was director of sustainability at the UK Food and Drink Federation (FDF) for five years from 2009 to 2014.

Prior to that he was a career civil servant dealing with a range of food, agricultural, trade and environmental issues in the UK and at EU and international levels, including postings to the UK Permanent Representation in Brussels (UKREP) and the British Embassy in Paris.

Since leaving FDF, Andrew has continued to engage on the challenges of sustainable food production and consumption in a consultancy capacity. Andrew is also a board member of NIAB. He was awarded a CBE in 2006 for services to Defra.

Rob Nugent, PTF chairman, commented: “I am delighted to inform you that Andrew Kuyk CBE has accepted the position of director general.

“Andrew’s appointment will allow the organisation to build on the important work of the last 18 months to renew the PTF. His skills and experience will help us to grow the organisation, deliver improved services to members and enhance our profile with policymakers.”

Although Andrew will officially join the PTF on 6th April, he will be working with his predecessor Terry Jones throughout March to complete an effective handover.