Quality Meat Scotland (QMS) has highlighted the importance of the red meat sector to Scotland’s economy in a new report, which draws together a wide range of information on the Scottish red meat sector and encompasses the whole production chain from producer to final consumer. 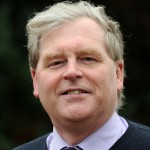 Stuart Ashworth, QMS head of economics services explained: “In the pig sector, lower feed costs and the higher producer prices of 2013 meant that producer confidence began 2014 at its highest level for a number of years. During the year there was a further expansion in the sow herd and previous investments in genetics and herd health supported increased sow productivity.”

However, while better grass growth, lower purchased feed costs and increased productivity helped reduce pressure on beef producers’ margins, this was offset by a significant decrease in farm gate prices.

“Though lamb producers are likely to have benefitted from an increased lamb crop, the timing of sales will have been a key factor in determining profitability. Indeed while the annual average auction price averaged slightly higher than in 2013, there was considerable variability during the year,” Ashworth said.

Prices traded around 10% lower during the July to October period, but higher at the beginning and end of the year. In the pig sector, a better supplied global market for grains and oilseeds pushed feed costs down sharply for a second year. However, producer prices decreased sharply in the second half of 2014, potentially offsetting the gains from cheaper feed costs.

The report also revealed that the volume of red meat available for consumption in the UK during 2014 increased by 3% on the previous year, with increases across the board, mainly as a result of increased domestic production due to higher productivity and increased carcase weights. However, despite the continuing recovery in both the wider UK economy and consumer confidence, retail consumption of the prime cuts of beef, lamb and pork fell back. The UK’s overall trade in red meat increased during 2013, with imports rising by 2% and exports by 3.5%.