National Farmers Union (NFU) president, Minette Batters, claimed 2020 will be the most significant year for British food and farming in living memory, and called on Government to include legislation for food standards in its Agriculture Bill. 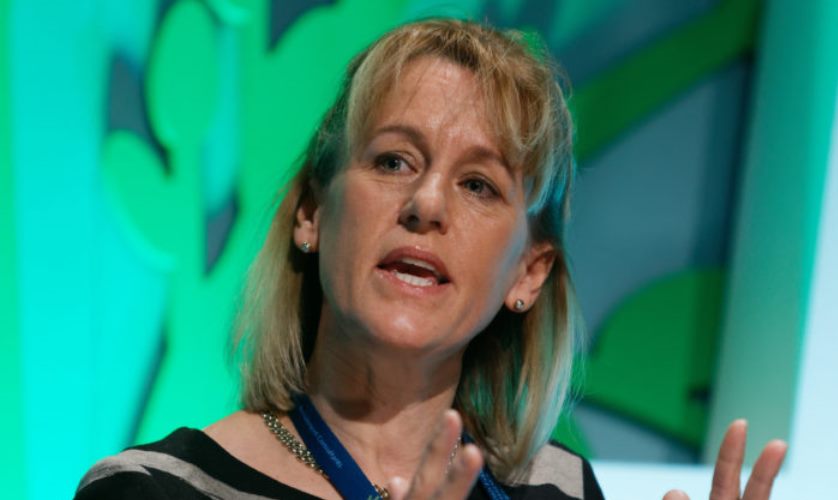 Speaking at the NFU’s annual conference, Batters challenged the Government to ensure that animal welfare standards and environmental standards are protected with legislation in the Agriculture Bill: “To sign up to a trade deal which opens up our ports, our shelves and our fridges to food which would be illegal to produce here would not only be morally bankrupt, it would be the work of the insane.

“This goes wider than what’s good for farming, this is about what’s good for Britain. So when the Prime Minister, or any member of Government, is overseas discussing trade, our ask is that they start promoting British food and the values we hold here about safety, quality and welfare.

“Everything I have said is endorsed by consumer groups and environmentalists. The consumer organisation Which? has just published its latest insight report which maintains that above all else, standards of food safety, animal welfare and environmental protection must, at the very least, be maintained.”

Batters added: “60 environmental farming organisations recently joined us and signed a letter to the Prime Minister that it was in the national interest to this country that we maintain our food standards.

“We must not tie the hands of British farmers to the highest rung of the standards ladder whilst waving through food imports which may not even reach the bottom rung.”

“It is absolutely vital that there is a specialist body of experts set up to oversee trade regulations of agriculture and food: a trade and standards commission.

“And it is vital that we have legislation that ensures these experts are listened to. We must not tie the hands of British farmers to the highest rung of the standards ladder whilst waving through food imports which may not even reach the bottom rung.

“Last year, I said to the then secretary, Michael Gove, that I wanted a commitment to standards in writing. He did write and he did commit but since then, some in Government have said there is no need for a commission and no need for new laws.

“Why would Government not want to legislate on this? Why would Government not want a commission of experts to advise? If you demand high-welfare systems at home but your actions undermine the farmers that deliver it, if you say you care about the environment here but then promote and support some of the world’s most environmentally damaging food systems, if you raise the bar at home but refuse to legislate on imports then I can only wonder, was the motive ever about improving global standards in welfare or the environment after all.

“Conference, remember my words: We will remember the day that we step back from the food safety act of 1989, rather than moving forward to build a better industry. If the Gov is serious about animal welfare and environment protection and doing more than any previous government, then it must be legislation in the Agriculture Bill.”

Batters continued by saying that farmers must seize the opportunities given to them and urged them to view their glass as half full as the UK enters a time of ‘unprecedented change.’

Batters said: “This year will be the most significant year for British food and British farming in living memory. 2020 promises to be the biggest agriculture reform since the 1940’s.

“For the first time in decades this country has the opportunity to shape a trade, immigration and agriculture policy that will define our country for decades to come.

“Your glass is either half full or half empty. My glass, our glass, must be half full. The future must be about building on the opportunity given, delivering for our people, our food and our planet. We have the climate, geography, waters and soils to be able to produce every component of a balanced diet.

“Healthy food, healthy people and a healthy country. But we are at a time of enormous, unprecedented change. This is the time for leadership to set out what we want from our country and what we want from future generations and how we are going to get there together.

“My vision is that British farmers and growers play our part in the global food and environmental challenge and that we step up to the plate and demonstrate how environmental and biodiversity delivery can go hand in hand with profitable food production. A future where we feed the world without costing the earth.”