New data from Kantar Worldpanel has revealed that sales of venison have soared from £1.2 million in June to £6.4 million within a year, and have been boosted by retail multiples expanding their venison ranges to cater to the growing demand.

The 400% rise shows that there may be further scope for growth in the fresh meat and premium ready meal categories, according to category and shopper management specialist, Bridgethorne.

“One of the consequences of the horse meat scandal was not a move away from meat by UK consumers but a move towards fresh meat and particularly leaner, healthier meat,” explains Bridgethorne co-founder John Nevens. 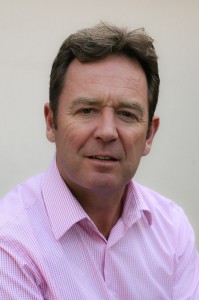 “However, whilst UK consumers have spent more in the last year on beef (up 2%), pork (4%) and lamb (6%) only volume sales of lamb actually increased. This suggests a continuing love for meat but a desire to explore new options. That’s one of the reasons why multiples like Tesco, Sainsbury’s and even ASDA are planning new venison launches later this year.”

But, adds Nevens, this development could also present new opportunities for suppliers of premium ready meals, if consumers’ interest in venison extends beyond the fresh meat counter.

Sales of premium ready meals grew in the UK by between 7% and 8% in 2013 taking ready meal sales in major supermarkets above the £2.3bn mark in the past year. However, the overall frozen and chilled market has been in decline with growth coming in the premium ready meal sector.

“Suppliers interested in capitalising on this trend need to commit to achieving a more detailed understanding of what is behind this change in our behaviour, which of us are embracing venison and other meats, and why. Then they need to be able to share those insights with retailers in order to collaboratively grow the category such that both supplier and retailer benefits as a result.”