Past WCB master and meat manufacturer, Henry Tattersall dies at age of 84

Past WCB master and meat manufacturer, Henry Tattersall dies at age of 84

Former past master of the Worshipful Company of Butchers and retired meat manufacturer, Henry Tattersall has died at the age of 84. 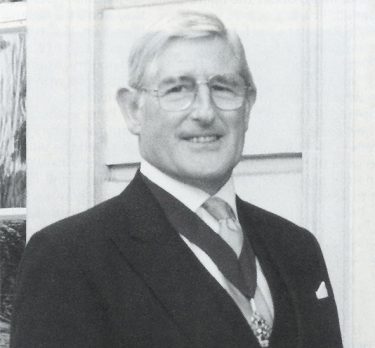 Former past master of the Worshipful Company of Butchers and retired meat manufacturer, Henry Tattersall.

Born in 1935 in Haslingham, Lancashire to the then highly successful JH Birtwhistle textile family, Henry went to school at Uppingham alongside David Samworth, who was also to become a giant of the meat industry. Tattersall went on to build the Pyke Biggs business which made up to 70 tons of burgers a week supplying customers nationwide. In 1983 they bought Peter Dumenil and at the age of 50 Henry retired.

When his father went personally bankrupt Henry walked out of the family business at the tender age of 19 saying: “There was no money, the house had gone and my mother had to sell her jewellery. I vowed that this would never happen to me.”

Needing employment, Tattersall entered the meat trade in 1955 following a meeting with meat stalwarts George Biggs, Ernest Gunner and John Silver. The Biggs London retail business grew and expanded into catering butchery and then manufacturing. In 1962, following George Biggs retirement, he handed the reins over to Henry who sold the retail shops and concentrated on the catering side.

Then a director of the Playboy Club, Peter Morton, came to Henry saying he could not get hold of a decent hamburger and Henry agreed to make some for him. Tattersall confirmed in an interview with Raymond Monbiot back in the 1990s: “We bought a machine for £5.00 and Peter opened ‘The Great American Disaster’ in Fulham Road, London. This was an instant success and he then went on to open the Hard Rock Cafe.”

In 1981 the Biggs business was sold to Pyke Holdings plc, then owned mainly by David Thompson of Hillsdown Holdings fame. Tattersall went on to form Pyke Biggs and turned the Pyke loss of £185,000 into a combined profit for the two businesses of £296,000 in the first year, much to the delight of the City. The following year it made £1 million. Hillsdown eventually changed the name of Pyke Biggs to Fairfax Meadow – very much to the reported irritation of Henry.

Henry Tattersall combined various key parallel activities across his career. At the age of only 22 he became Chairman of Division 8 of the National Retail Meat Federation when he had “no difficulty in selling 450 tickets for a Ladies Night at the Park Lane Hotel in London.” He also served on the Institute of Meat Council in the middle 70s. He became a Liveryman with the Worshipful Company of Butchers in 1963 and went on the WCB Court in 1985. He served as Master of the butchers famous Livery Company in 1994.

He was a member of the MCC, had a lifelong love of the game and played golf with many of the great names in cricket. He was a good friend of the famous cricket umpire Dickie Bird. He was also a life member of Lancashire Cricket Club. Making the most of early retirement, he travelled the world with his late wife Peta, was a collector of great wines and loved gourmet food.

The publication of the popular book The Meat Buyers Guide is perhaps one of the high profile things that Henry Tattersall will be best remembered for in the wider meat and foodservice industry. He co-authored the book with friends John Stone and Roger Moore which subsequently became ‘The Bible’ for the industry as a guide to meat cuts that are used in catering and by catering butchers / suppliers – well before the internet.

Henry told Raymond Monbiot during his 1992 interview with him that the three authors blew their first royalty cheque at the Bell at Aston Clinton during “one memorable evening.”

Publisher of Meat Management Graham Yandell summed up: “Henry was a lovely man and he and his late wife Peta were a brilliant couple. I well remember being entertained by them at their fabulous home in Torquay where my children had fun in the very large swimming pool. Great days and we had lots of fun! In the main over recent years we just exchanged Christmas cards. However, the meat industry will the poorer without him and I shall remember him with respect and admiration as will many of his friends and colleagues.

NFU gets behind campaign to promote British lamb