London’s commuters woke on 2nd March to a city covered in Peperami flags and cordon tape as the brand looked to mark as many potholes on the streets as possible. 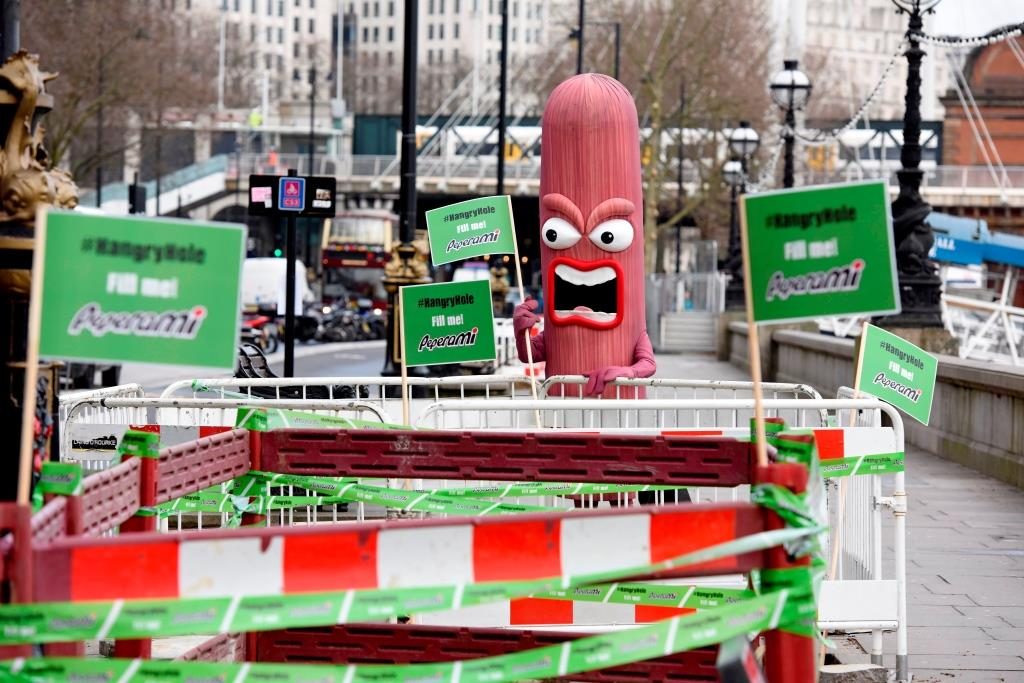 The campaign, which took place overnight by a team of Peperami representatives, aims to draw attention to the number of holes on the pavements and roads waiting to be filled in.

Peperami’s campaign comes as reports revealed that potholes are at an all-time high in the capital.

1,860 potholes have been reported across London in the last 12 months, with Westminster, Lambeth and Wandsworth the main culprits.

A spokesperson for Peperami said: “Peperami’s mission in life is to fill hungry stomach holes. However, there’s nothing we find more annoying than empty holes in the street and London is plagued with annoying craters.

“We reckoned it was about time something was done so we sent Animal [a Peperami character] out on the street to give the potholes a good porking!”

You can watch the promotional video below:

The Peperami team is also recruiting a ‘Peper-Army’ of fans across the country to tell them about the worst holes in their area.

A select number will be sent their very own #HangryHole kit so they can go out on the street and flag their own pesky potholes.