BPEX, working in conjunction with UK Trade and Investment (UKTI), has produced a poster to help promote and drive sales of British pork in overseas markets. 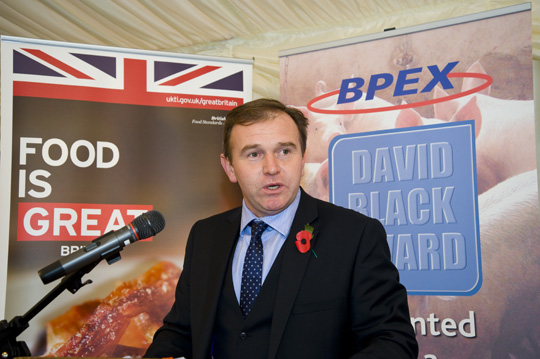 The poster, which supports the joint UKTI and the Department for Environment, Food and Rural Affairs (Defra) initiative to increase exports for the UK agri-food and drink sector, will be used at trade shows around the world, beginning with China in November.

The poster features an image of a Roast Pork Belly dish created by North Yorkshire based chef Darren Clemmitt for a recent BPEX recipe book entitled: ‘Pork, the Meat for all Seasons’. Darren said: “It came as a very pleasant surprise to see my dish featured on the poster, especially as it will be seen by people all around the world.” 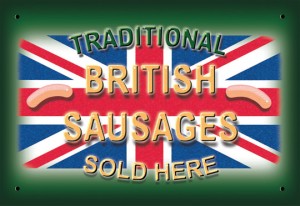 The poster also carries the Union Jack flag and the headline: ‘Food is GREAT Britain’. A strapline at the bottom states: ‘From genetics to farm assured herd standards, the UK has pioneered livestock sector development for centuries. For the highest quality meats, respected around the world, chose the UK.’ It will be made available for UK companies exporting pork to use with their overseas customers. They will also be able to use the poster artwork within their own promotional and sales literature.

Separately, in recognition of growing demand for British sausages in the overseas foodservice market, the export team at BPEX has developed special enamel point-of-sale signs and poster stating: ‘Traditional British sausages sold here’ for pub, bar and restaurant owners to use.

BPEX trade manager, Tony Goodger, said: “Pork exports have really taken off recently and are valued at around £340 million per annum; the UKTI poster will help to further grow the market for UK quality assured pork abroad. Demand for traditional British sausages is also growing amongst pub and restaurant owners overseas and our new signs will help them promote their use of traditional British sausages in their establishments. We are also seeing overseas demand for traditional ham, high quality bacon and, as result of a recent export trade show in Hong Kong, Pork Pies.”