New data from the Office for National Statistics has revealed that poultry prices have risen at an average rate of 1.6% per annum over the last 27 years. 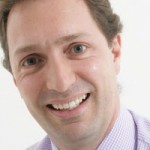 Prices for lamb and fresh fish have seen the largest increase in the period analysed, with an average annual rate of 6.9% and 6.4% respectively.

Andrew Large, chief executive of the British Poultry Council commented: “The small increase of poultry prices is explained by regular improvement in industry efficiencies over the past 27 years that are passed on to consumers.

“Poultry meat remains the best value meat for families in the UK and makes a strong contribution to the country’s GDP.”