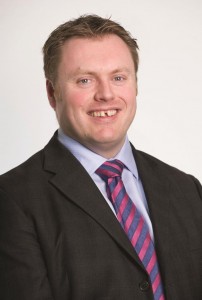 Terry Jones joined PTF in the Autumn of 2014 taking over from Clare Cheney who retired after many years’ service. During his short time with the organisation Terry has spearheaded a number of important changes and Rob Nugent, the current PTF chairman, commented: “While this is disappointing news for the organisation I hope that everyone will join me in wishing Terry well as he leaves us to take up this exciting challenge.”

Terry added: “This was not an easy decision to make as I have thoroughly enjoyed working with the PTF’s great staff and members, and I am incredibly grateful for the rewarding employment I’ve had with the organisation. I look forward to using my remaining time at PTF to embed the changes that we’ve made in the last 16 months and continue to deliver value back to our members. I wish the organisation every success in the future.”

Terry has a strong background in farming and food having previously worked at the NFU from 2002 until 2011. Terry left the NFU to be appointed director of communications at the Food and Drink Federation before joining PTF as director general.

NFU president Meurig Raymond said: “The farming industry is seeing a great many challenges and I firmly believe that Terry is the right person to lead the NFU. Terry has always understood that members are the strength of the NFU and I am confident that the skill, passion and drive he will bring to the role will ensure we are in a very strong position, now and in the future. I very much look forward to working with him.”

Commenting on his new appointment, Terry said: “Looking to the road ahead it is vital that this nationally important sector has a strong voice and I am delighted to be returning to the NFU at such a crucial time. I look forward to leading the organisation’s professional staff and working with its members to ensure that British agriculture thrives.”