Black Barn Butchers, of Milford, near Godalming in Surrey, and Walter Smith Fine Foods, of Huntingdon Garden Centre in Cambridgeshire, has been awarded membership of the national Butchers Q Guild. 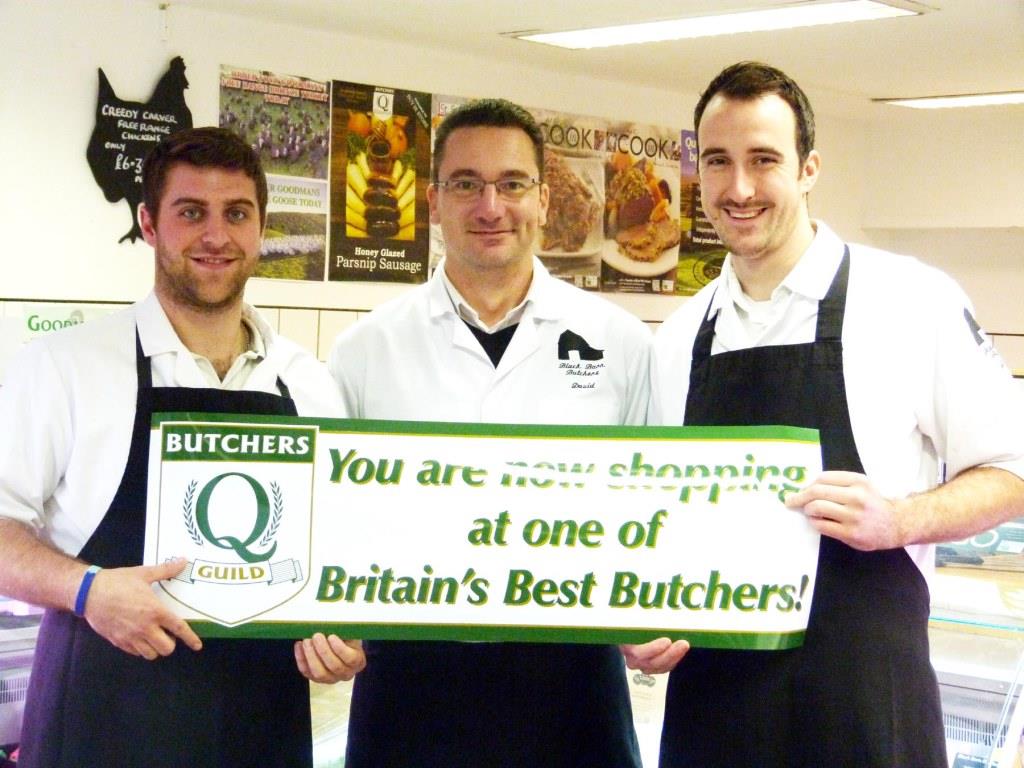 Black Barn Butchers, based at Secrett Farm Shop, was launched in March, 2012, and prides itself on being a traditional butchers with a modern twist, sourcing from high welfare quality controlled farms.

Damon Buckingham, shop manager of Black Barn Butchers, who has been in the butchers’ trade since the age of 15, said: “We’ve gone from strength to strength since we opened over two years ago. We’re trying to sell quality meat at reasonable prices. We’re showing people that excellent meat doesn’t have to be incredibly expensive.”

Black Barn Butchers has introduced a loyalty card scheme to give regular customers something back, which has proved very popular.

The shop has also been involved with a number of community projects, including a school sausage competition, where 60 children from The Chandler School in Whitley suggested new sausage recipes. “The Q Guild membership is another great step forward for us – it’s that stamp of approval which gives people confidence in what we’re doing,” Damon added.

Walter Smith has only been open in Huntingdon since June this year, but has now returned to its roots in Cambridgeshire. The company has a number of branches all over the Midlands – other outlets in Lichfield, Albrighton and Knowle are also members of the Q Guild .

Robert Jones, retail director at Walter Smith, explained: “The company began with John Smith, who started a meat business in his home village of Manea, Cambridgeshire around 1850. His son George Arthur, known as G A Smith, left Cambridge in the 1870s during the agricultural depression, and moved west to Birmingham.

“Walter Smith was G A Smith’s son, and he took over the family business in 1914 at the outbreak of the First World War, and it grew into the success it is today.

Sandy Boyd, general manager of the Q Guild, said: “We’re delighted to welcome our two latest recruits to the Q Guild. They are an exciting new butchers and we know that their quality and innovation will sit very nicely with our long-held industry-leading values.”