R. Turnbull & Sons Butchers served up a winning burger, while the best steak was provided by J. Brindon Addy Butchers at in the north-east regional finals of the Q Guild national barbecue competition.

Competition took place across three categories for sausages, burgers and steaks. Butchers from Northumberland to west Yorkshire fired up their barbecues at Blacker Hall Farm Shop in Wakefield in an attempt win through to the Q Guild national BBQ finals next month.

R. Turnbull & Sons Butchers in Alnwick claimed two overall class victories with its traditional pork sausage, and beef and caramelised onion burger. Both title-winning products are made from locally sourced pork and beef, with the burger recipe crafted by the Market Street shop’s youngest up-and-coming butcher, 22-year-old Daniel Turnbull, who also tailored the sausage recipe specially for the competition. 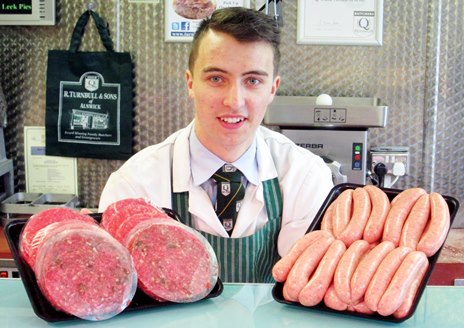 Brindon Addy, who is national chairman of the Guild was delighted with their achievements: “I’m chuffed to bits to win the steak competition, as the other entries were of a really high calibre.” Addy was also runner-up in the sausage section with its pork and black pepper banger. 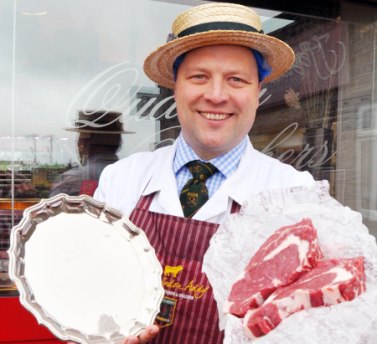 Coates Butchers of Coxhoe, Durham, finished runner-up in the burger class with its beef, steak and onion burger, while the quality of the barbecued steaks led judges to award three runner-up prizes to hosts Blacker Hall Farm Shop with its rumpettes, George Payne Butchers in Brunton Park, Gosforth, for Highland rib eye steak, and Wilsons Butchers in Crossgates, Leeds, for its rump steak.

Both Turnbulls and Addys will now pit their champion products against other regional butcher winners in the Q Guild national BBQ finals to be staged at The Weber Grill Academy in Oxford on Wednesday 19th June.

The Q Guild was established in 1986 and represents the some of the highest quality butchers and independent meat retailers in the UK. The 110 members from Shetland to Cornwall serve £3 million worth of meat and related products to over a quarter of a million UK consumers every week.