Scotch Beef PGI and Scotch Lamb PGI are set to be in the spotlight in the coming weeks as Quality Meat Scotland (QMS) launches it’s new ‘Make it’ campaign.

The campaign is directed at 18-39 year olds in Scotland and aims to give these consumers the confidence and reassurance to choose red meat as part of a healthy, balanced diet, ensuring that when they do eat meat they ‘Make It’ with Scotch Beef and Scotch Lamb. 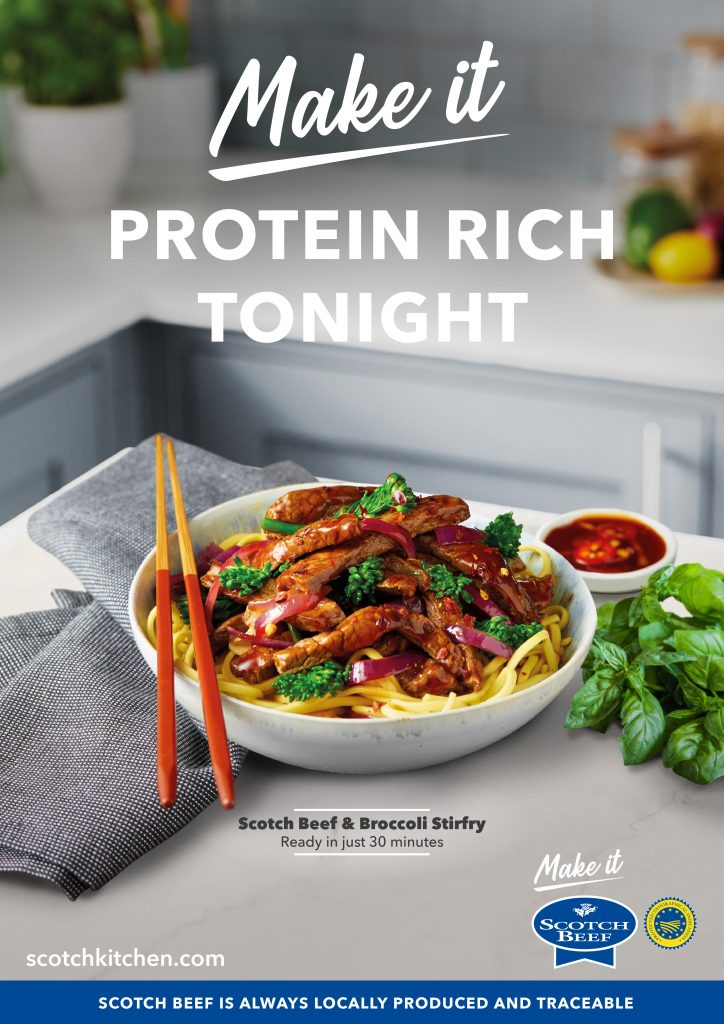 QMS says the promotion is part of a new integrated ‘always-on’ approach to promoting the Scotch brands,  aligning itself with the values of the target audience, which comprises single people, couples and families with young children, who care about health and nutrition and are interested in sustainability and where their food comes from.

The campaign will run from 16th March across out of home advertising at 45 locations outside Tesco, Sainsburys and Morrisons as well as print, digital and audio across Capital FM, Spotify, DAX and Bauer.

“From our research we know that younger people are becoming increasingly more health conscious and more concerned about issues around sustainability and animal welfare.”

There will also be extensive social media support, with paid for activity on YouTube, Facebook and Instagram as well as two new Scotch Beef recipe videos. While the PR strategy will involve a series of collaborations with key influencers that resonate with the primary target audience.

Secondary to the core audience are those aged 45 and older with older children and empty nesters aged 55 and above. Similarly, they care about health and nutrition and are happy to pay more for quality products.

Lesley Cameron, director of Marketing and Communications at QMS said: “This is the first time that our two Scotch brands, Scotch Beef PGI and Scotch Lamb PGI, will be promoted in a joint campaign. This is a very exciting step change for us and we are delighted to be taking the Scotch brands on this new creative journey, kicking things off with our ‘Make It’ campaign.

“From our research we know that younger people are becoming increasingly more health conscious and more concerned about issues around sustainability and animal welfare. Our campaign is designed to inform this core group that Scotch Beef and Scotch Lamb not only has the highest possible animal welfare credentials but is also a healthy and nutritious option for quick and easy mid-week meals.

“We want to give meat-eaters permission to buy and enjoy red meat and ensure that when they do, they Make It with Scotch Beef and Scotch Lamb.”

William Reed postpones Foodex show to 2021 due to coronavirus