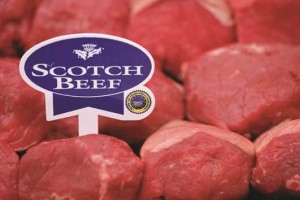 Soon to be in 1300 outlets across Sweden.

ICA, the leading grocery supplier in Sweden, has been stocking Scotch Beef and Scotch Lamb at selected stores in Stockholm since 2011. However, following a visit to Scotland last month by Dan Jacobson, ICA’s head of fresh and Joakim Skold Ostling, ICA’s chief protein buyer, the supplier announced it will be offering both Scotch Beef and Scotch Lamb for sale in all of its 1300 stores across Sweden.

Skold Ostling commented: “We are delighted to offer Scotch Beef PGI and Scotch Lamb PGI for sale in our stores across Sweden. We pride ourselves on selecting the very highest quality produce to offer our customers.”

The agreement coincides with the start of a new Scotch Beef campaign in the UK.