A very concerning gap is emerging between the true value of beef and the price at which it is being sold on retailers’ shelves, warned Quality Meat Scotland (QMS).

Speaking at the launch of QMS’s annual review, QMS chairman Jim McLaren said the fact the retail price of beef does not reflect the genuine cost of beef production and processing was now a very real threat to the future viability of the red meat processing sector. 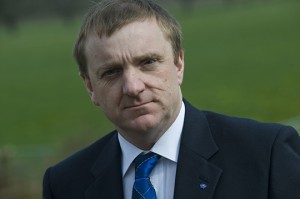 “The beef processing industry is facing major financial pressure and struggling to endure the pincer effect of strong cattle prices coupled with the time-lag in retailers passing this raw material price increase to consumers. The result is our processing sector is enduring margins which are simply unsustainable,” said McLaren.

The latest analysis by QMS looks at beef market trends over the past three years. Since July 2010 the average deadweight price (the price paid by an abattoir operator to a farmer) paid for a steer in GB has risen by 51% from around £2.65/kg to just over £4.00/kg.

However, retail price index data from the Office for National Statistics shows that in June 2013 the average retail price for beef in the UK was just 22% higher than in July 2010.

Mr McLaren and QMS chief executive Uel Morton have recently met with processors from businesses throughout Scotland. Each of these processors, along with those in other parts of the UK, has voiced grave concerns about the situation which has emerged.

“If we look at how prices have moved for cattle and beef over a 20 year period it is very clear that the retail price of beef has lagged behind most other meats and proteins and, until recently, all other foods,” said Mr McLaren.

“Without question there is a very real opportunity for retailers to address this disparity and move towards a more realistic beef price on the retail shelf and, in turn, an increased return for processors.

“Such a move would be a welcome indication of retailers’ recognition of the spiraling costs faced by processors who have also seen a significant increase in labour, energy and distribution costs.”

Morton observed that changes in consumer purchasing habits since the horsemeat fraud may also offer an opportunity for retailers to increase prices to more closely reflect higher raw material costs.

“Retailers have reacted to increased demand for product provenance and shorter supply chains by committing to source more of their fresh beef offering from UK suppliers,” said Mr Morton.

“This means that UK retail prices are likely be less responsive to the global market and consumers have a better understanding of the need to pay a little more to purchase quality assured beef of known provenance.

“The door is open for retail prices to increase as a reflection of the dynamics of a changed supply situation,” he added.

Such an increase would send a much-needed positive signal of confidence to Scotch Beef processors, Mr Morton said, allowing them to commit to long-term investment in their businesses which operate at a high standard to meet stringent quality assurance, traceability and welfare standards.

Looking at the longer-term, analysis by QMS’s economics services team suggests the increase in cattle prices is likely to be sustained as it reflects the tightening supply of beef cattle in Europe and other parts of the world.

“Processors can take some encouragement from the opinion voiced recently by the chief executive of one of the UK’s leading retailers,” observed McLaren.

“The view he expressed was that the proportion of consumers’ income spent on food will increase as food prices will have to rise in the long-term due to an imbalance caused by demand rising faster than available supplies.

“This, I hope, is an indication of a swell of recognition by retailers of the need to address the disparities which are threatening to strangle the viability of parts of our food chain such as our red meat processors, who play a vital role in the sustainability of our beef production system.”

Livestock producers will receive their copies of QMS’s annual review in the coming days. The review gives an insight into the breadth and depth of the work undertaken by QMS on behalf of the Scottish red meat industry.

Turning to the detail of QMS’s financial results, Mr Morton emphasised that delivering value for the industry remains a key component of every activity the organisation undertakes.

“Another important part of our strategy is leveraging additional financial resources for the Scottish red meat industry. During the past year QMS secured more than £1 million in grants to undertake work on behalf of the industry,” said Mr Morton.

“The decrease in income from statutory levy – down £0.52 million against budget – led to a mid-year review and reprioritisation of spending plans by the QMS board,” said Mr Morton.

“It was agreed that expenditure would be reduced to compensate for the shortfall in income and a drawdown of £116,000 from reserves was authorised to support key areas of activity.”

Producers who are members of the industry’s quality assurance schemes will receive copies of the QMS Annual Review 2013 this month. The Review is also available to download by visiting www.qmscotland.co.uk or copies can be requested free of charge by calling 0131 472 4040.