Kerry Foods’ sausage brand, Richmond, has announced the ‘biggest ever’ relaunch campaign of its range that forms part of a £5 million investment, aiming to modernise the brand and showcase its quality credentials to consumers. 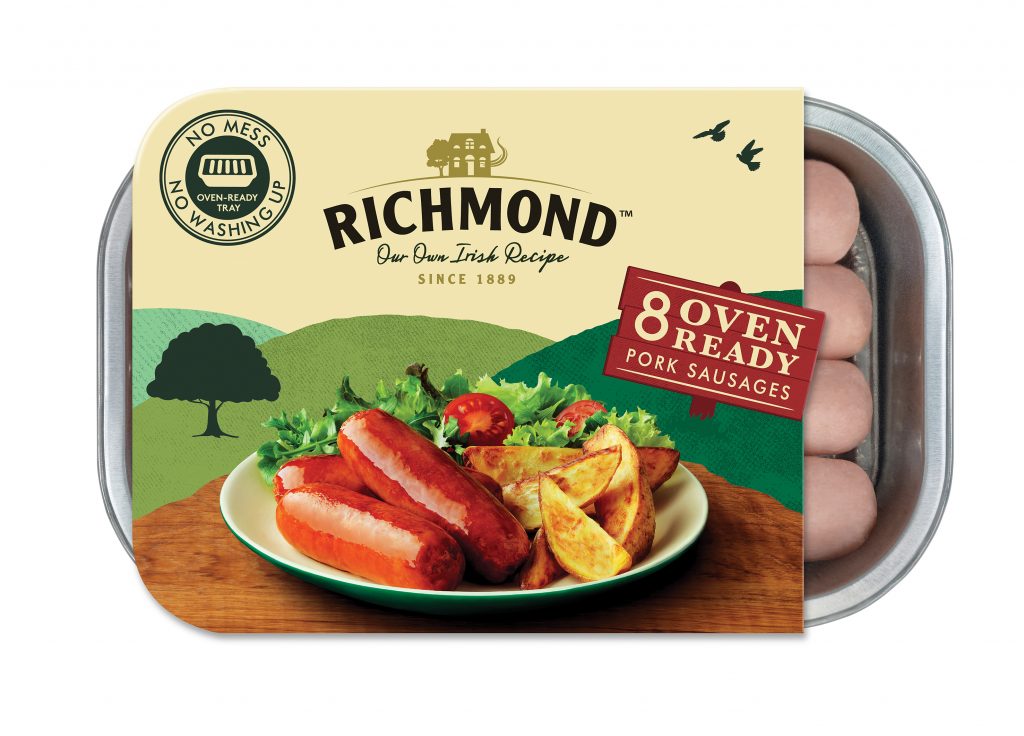 The relaunch will roll out across the entire fresh range, following a teaser campaign in stores at the end of May, and across the frozen range from August.

The new packaging design will feature illustrations of rolling hills, synonymous of the Irish countryside, while the new look will keep the brand contemporary. A new paper-like packaging film for its fresh range will also be used to give a more “natural and higher-quality feel”.

In addition to the relaunch, the brand’s Perfect Bake range will also roll out with a new name and new look, being rebranded to Oven Ready.

The new range will come with an over-ready griddle tray, an innovation introduced in 2015, allowing consumers to cook “without the fuss and mess usually associated with cooking sausages, whilst not allowing them to cook in their own fat”.

Senior Brand manager for Richmond, Sarah Davies, commented: “This is the brand’s biggest investment in years and we are certain that the rebrand will be a hit with shoppers.”

The new packaging will be available in grocery, convenience and wholesale and will be supported by a marketing campaign on TV, Radio, sampling digital and in-store.