Five major charities have shared a total of £13,000 in gift support from the Scottish Association of Meat Wholesalers (SAMW). 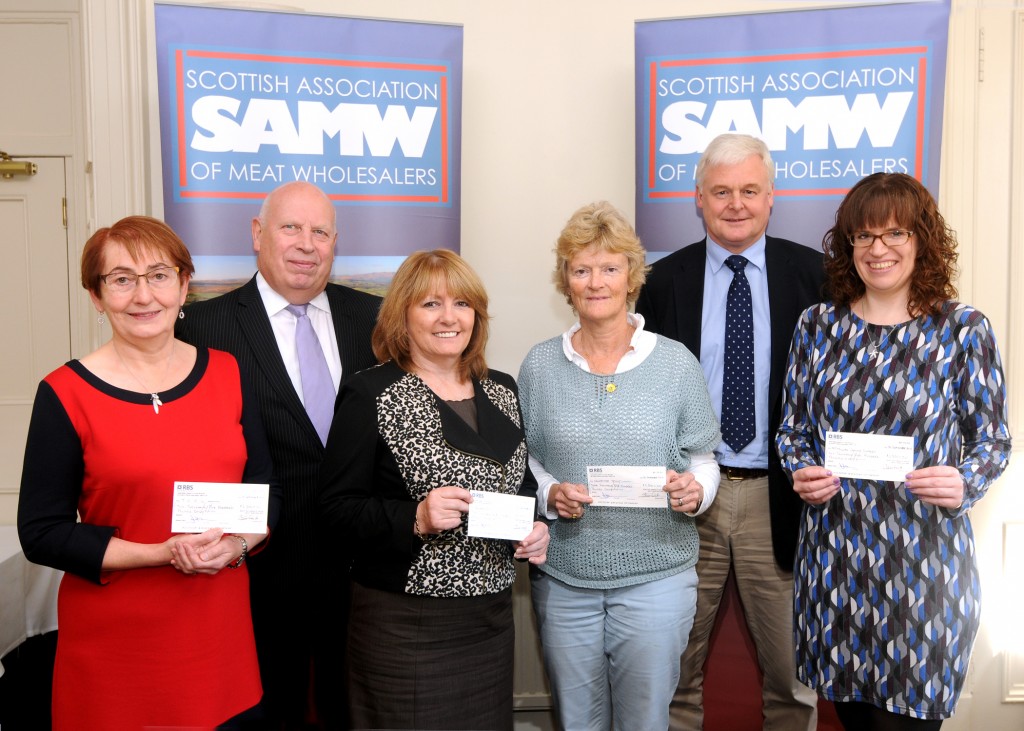 The funds were raised during a charity auction at the association’s 2015 conference and dinner and were presented to representatives of the organisations by SAMW president, Alan McNaughton, and executive manager, Ian Anderson.

“We’re delighted to have been able to distribute a record amount to five extremely valuable charities as a result of the generous contributions made by association members and guests at our annual dinner earlier this year,” said McNaughton.

“In each case, the work being done by these charities, often driven by hard-working volunteers, is crucial to the health and well-being of people throughout Scotland and we’re grateful to be able to play a small part in this.”