The Samworth Brothers Charity Challenge has smashed through the £1 million milestone with the 2013 Challenge raising £327,000 and taking total charity funds generated to date from the event to £1.177 million. 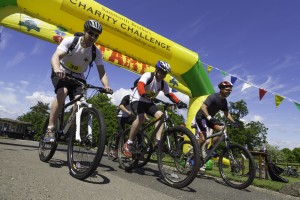 Eighty three teams from Samworth Brothers companies, customers and suppliers took part in the two gruelling 2013 Charity Challenge triathlon style days near Loch Lomond in the Scottish Highlands earlier this month. The Charity Challenge takes place on a biennial basis with the 2013 Challenge being the fourth such event.

Samworth Brothers chief executive, Lindsey Pownall said: “We could not have reached this outstanding total without the great support we have received from our customers and suppliers. Our many sponsors from across the industry make a real difference to the success of the Challenge. We also have some very loyal supporters such as Clegg Group who have been a principal sponsor a number of times now. We are very grateful for that support. ”

Samworth Brothers suppliers Dalehead Foods with its ‘Dalehead’ team and Tulip with its ‘Cornish Leprechauns’ team won the top prizes on consecutive weekends in the Super Tough category. 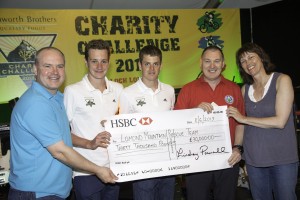 At the awards event three local Scottish organisations also received Samworth Brothers Charity Challenge donations for their help with staging the Challenge over the two weekends. The Lomond Mountain Rescue Team received a £30,000 donation to help equip a new Mountain Rescue Landrover, the Loch Lomond Rescue Boat received £15,000 for a new rescue cradle and The National Trust for Scotland that owns Ben Lomond, where part of the Challenge took place, was presented with a cheque for £5,000 to help footpath maintenance.