Sausage producer, Wifred Emmanuel-Jones, also known as The Black Farmer, has donated a TV advert slot on Christmas Day to the charity Hope for Tomorrow, which is dedicated to bringing cancer treatment closer to patients’ homes. 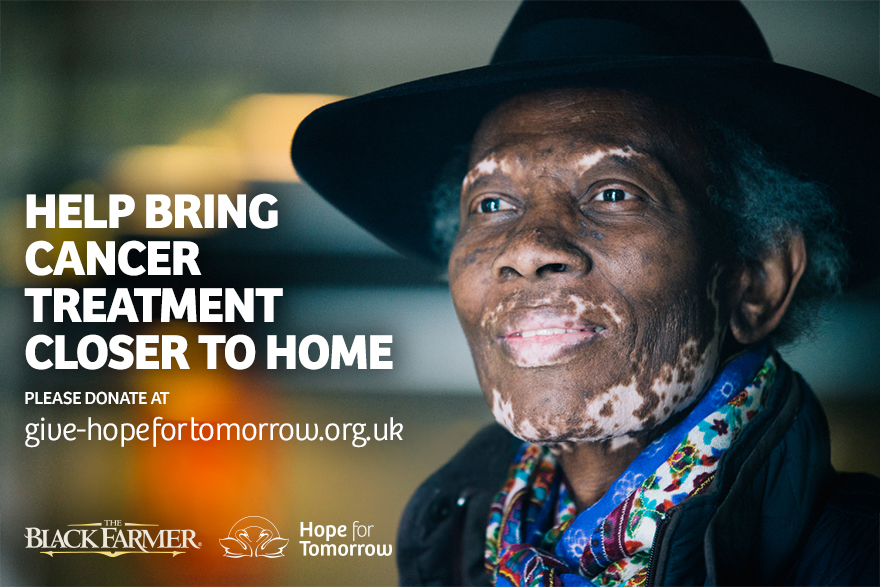 The advert will run on Channel 4 on Christmas Day.

The two minute TV advert will air on Channel 4 on Christmas day and begins Emmanuel Jones’ Support Small Charity campaign, which includes a petition on www.change.org.

“Ever since I launched The Black Farmer brand I was determined that it would be about much more than a product and that it should work as hard as it can to create awareness of wider issues,” Emmanuel-Jones said.

“Since being diagnosed with life threatening Leukaemia in 2014, I have witnessed at first hand the work done by many charities large and small. I also became acutely aware that there are many, many small charities doing extraordinary work but who get little support as they are simply not big enough or known enough to be on the radar of businesses or individuals who are looking to donate, so any donations go straight to a handful of huge charities. I want to change that.”