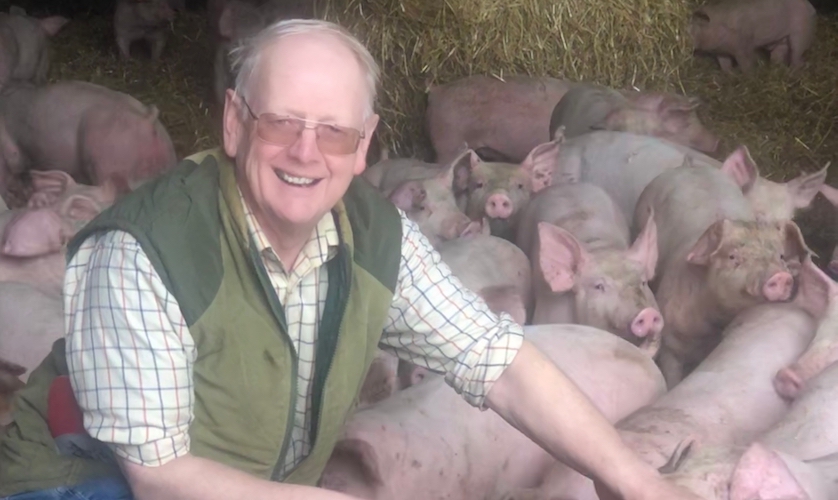 Strong consumer demand and a collaborative sector approach has seen Scotland succeed when other markets, including America and Ireland, have slowed and in some cases shut down altogether.

Sleigh congratulated the sector for being robust in the face of significant challenges. He said: “Price is always important, but at times like this what matters is the ability to continue to move, process and slaughter animals.

“Between Scottish Pig Producers, Quality Meat Scotland and the Scottish Government, a huge amount of effort and pragmatism has gone into keeping meat plants going and product in front of consumers in the last few weeks to ensure the sector doesn’t stagnate. And all while keeping workers safe.”

In the United States, reports say that more than 2 million breeding sows will be culled as processing capacity reduces due to infections in plants. Hog prices have halved even though the consumer demand is there. Similarly, in Ireland, plants have been closed overnight due to infection.

“The challenge for the processors is preparing for potential absenteeism – due to childcare needs when the schools closed or through illness, combined with foreign workers returning home pre-lockdown – and allowing enough space for employees to work at a safe social distance.”

Sleigh adds: “Collaboration and impeccable planning have played their part to ensure that while production may have slowed through necessity, it has not ground to a halt in Scotland. The challenge for the processors is preparing for potential absenteeism – due to childcare needs when the schools closed or through illness, combined with foreign workers returning home pre-lockdown – and allowing enough space for employees to work at a safe social distance.

“Since March, we have seen a massive and continual effort between the Food Standards Scotland and the meat industry to have contingencies in place. Management has moved back to frontline activity; the authorities, driven by demands from Scottish Association of Meat Wholesalers, QMS and NFU Scotland, have accelerated training courses for Official Vets and alleviated restrictions to allow much-needed flexibility in drivers’ hours; non-production staff are working from home and alternative facilities have been created for drivers’ breaks.

“Although it will surely have caused a few headaches, it is remarkable that to date output has not fallen short.”

Sleigh said that he is acutely conscious of his own production line and the need for his staff to remain both healthy and to be flexible in how they work (and live) in order to keep the business going.

“The manager of our breeding stock is asthmatic so we are being extra vigilant to ensure he avoids external contact to minimise risk to him and his family, and, along with him, our two other farm employees are keeping operations going, staying on the farm and having food delivered. Everyone is playing their part.”

Currently consumer demand is staying strong, particularly for sausages and bacon. The price has remained stable and at close to record levels since before Christmas.

Sleigh continued: “There may be challenges ahead in balance carcase, but, like all the other work that’s been going on behind the scenes over the last few weeks, this is being addressed and planned for.

“We have seen a wave of support for UK food produce over the last few weeks from consumers. Going forward I hope that, having demonstrated that as an industry we can perform calmly and professionally when most needed, that we see a similar loyalty from UK-based retailers and that they recognise the value both of keeping the industry going and of the consumer support to stock more Scottish and British pork.”

Meat eating up during lockdown