Search for England’s Best Steak Pie is nearly over

Search for England’s Best Steak Pie is nearly over

The search for England’s Best Steak Pie 2013 is nearly over! Following a final round of judging, the two category winners in EBLEX’s hotly contested competition have now been chosen.

Turner’s Pies, an independent pie shop from Bognor Regis in West Sussex was declared winner of the Retail category with its ‘Steak & Stilton Pie’, while Dunkleys, a manufacturer from Wellingborough in Northamptonshire, won the Foodservice category with its ‘Ashdale Blade of Beef and Malbec Pie’. 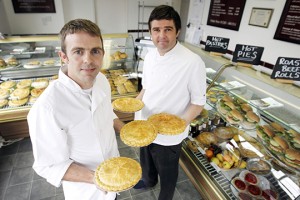 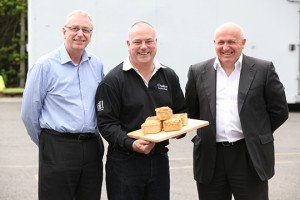 Both companies will now have to wait until the Meat Management Awards on 2nd July to find out which pie has been declared ‘England’s Best Steak Pie 2013’. The pie with the highest score overall will win the coveted title.

Hugh Judd, EBLEX foodservice project manager, said: “The entries we received in this year’s Steak Pie competition were fantastic but the winning pies from Turner’s Pies and Dunkleys really stood out and we congratulate both category winners on their success.

“I’d like to thank everyone who took part in the competition and I am very much looking forward to announcing the Overall Winner at the Meat Management Awards next month.”