QMS says the return of its ‘Go Places with Pork’ campaign has boosted the results of its initial debut, continuing to raise awareness of the Specially Selected Pork brand. 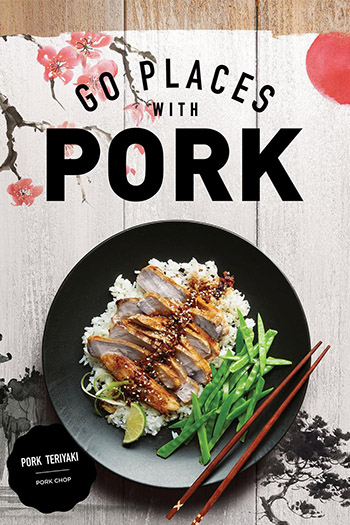 Aiming to shake up midweek meals by adding Specially Selected Pork to the menu, the campaign ran for four weeks from the 19th August across a combination of TV, print, outdoor and digital advertising, PR activity, social media and influencer engagement.

Results from IGD tracking show that 66% of Scottish adults saw the TV advert at least once, with 46% seeing it at least three times. The advert’s stars made an impression on those who viewed the advert with 46% saying they recalled seeing it.

Building on the strong results of the campaign’s debut at the start of the year, the return of ‘Go Places with Pork’ generated broader campaign awareness this time round, leaving an impression with 55% of survey respondents, a 4% increase from campaign’s first run.

Lesley Cameron, director of Marketing and Communications, from Quality Meat Scotland, said: “The initial Go Places with Pork campaign was our most successful marketing campaign ever delivered for Specially Selected Pork, doing a fantastic job in raising levels of awareness of Specially Selected Pork – a product that is underpinned by high production standards and animal welfare.

“To achieve these results on the campaign’s second time around is a great outcome and many thanks to the farmers, butchers and chefs who got behind the campaign to communicate to consumers the fantastic taste and versatility of Specially Selected Pork.”