Simon Rimmer made a special stop during his nationwide British Sausage Week tour to personally congratulate the winner of the 2013 BPEX Foodservice Sausage of The Year competition. 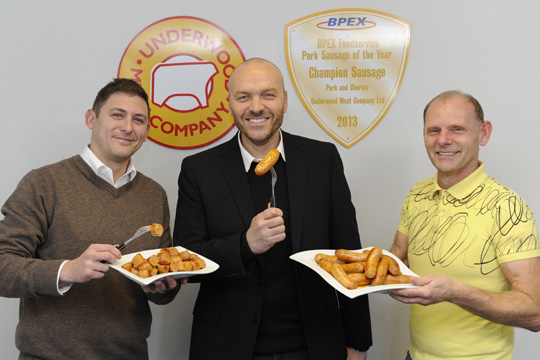