Home » News » Success for QMS ‘Make It’ campaign during lockdown

A nationwide campaign from Quality Meat Scotland (QMS) which aimed to promote Scotch Beef PGI during lockdown has delivered strong results by reaching millions of adults. 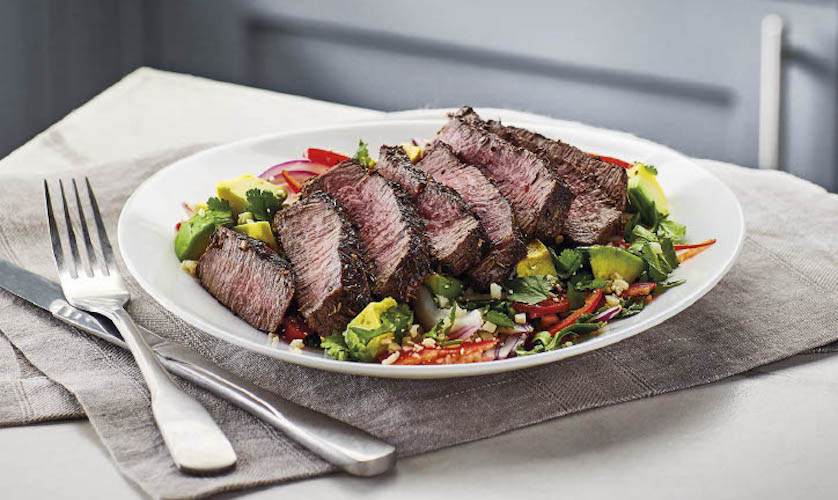 Activity included a partnership with STV, comprising two content-led communications featuring ‘Make It Scotch Beef’ style recipe inspiration as well as two separate channel sponsorships with 70% of these placed within peak time viewing hours, covering shows such as Emmerdale and Coronation Street, which attract a viewership of 341,000.

Overall, the STV partnership, which is still ongoing and also features Scotch Lamb and Specially Selected Pork, is set to reach over 2.7 million consumers, accounting to four-fifths (84%) of adults in Scotland.

The campaign also saw QMS engage with a younger audience through a series of partnerships with TikTok stars and leading Instagram influencers, each focusing on a different technique or cut of Scotch Beef. A partnership with Acast to sponsor food writer Jay Rayner’s podcast further engaged with foodies across the country.

Combined influencer activity generated an impressive reach of over 1.1million, with the Acast partnership adding an additional reach of 132,312.

In addition to the Scottish activity, QMS also partnered with England’s Agriculture and Horticulture Development Board (AHDB) and Hybu Cig Cymru – Meat Promotion Wales (HCC) as part of a £1.2m national campaign to generate awareness for high quality British red meat, with eight weeks of a digital joint campaign generating over 187 million opportunities for consumers across the UK to see delicious beef recipe inspiration.

Lesley Cameron, director of marketing and communications at QMS said: “We are delighted with the results of the ‘Make It Scotch Beef’ campaign which have exceeded our initial expectations thanks to the creative mix of content that resonated with consumers cooking from scratch at home during lockdown.

“By profiling Scotch Beef PGI’s provenance, flavour, versatility and integrity the campaign has delivered impressive reach for the Scottish red meat industry. This is particularly significant at a time when people are becoming more attuned to shopping local and learning more about where their ingredients are coming from.