The Competition and Markets Authority (CMA) has announced that Tesco’s proposed £3.7 billion deal to buy the cash-and-carry group Booker has been referred for an in-depth investigation, following the two companies’ request of a ‘fast track’ referral to the next stage. 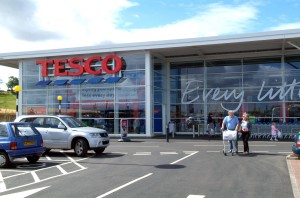 The competition watchdog said that the deal could result in “worse terms” for shoppers buying groceries in more than 350 local areas, where there is currently an overlap between Tesco shops and Booker-supplied ‘symbol’ stores, including the Premier, Londis, Budgens and Family Shopper brands.

CMA added: “There are concerns that, after the merger, there is potential for Booker to reduce the wholesale services or terms it offers the ‘symbol’ stores it currently supplies, in order to drive customers to their local Tesco.”

The investigation will now pass to an inquiry group chosen from CMA’s independent panel members, who will assess whether the deal could reduce competition by conducting further research and analysis.

The panel has 24 weeks to conclude the phase 2 investigation, which will also include views and evidence from all those potentially affected by the merger, with the final report set to be published before Christmas.