Home » News » Time to say goodbye to the ‘weakest link’

Time to say goodbye to the ‘weakest link’

Time to say goodbye to the ‘weakest link’

The National Pig Association is polling pig producers on lorry washes at Britain’s abattoirs, with a view to publishing a league table. The association hopes when abattoirs see how they are rated against their competitors, the poorest performers will be encouraged to invest in improved lorry-washing facilities. 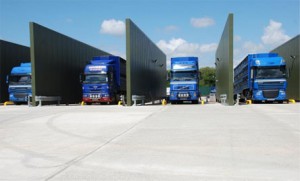 The Dalehead lorry-wash facility at Spalding, which voting so far has identified as the best in the country.

Many pig producers and hauliers consider sub-standard lorry washes to be the weakest link in the industry’s armoury against endemic diseases such as swine dysentery, and imported diseases such as African swine fever and porcine epidemic diarrhoea.

Disease can be spread rapidly from farm to farm by livestock lorries, unless hauliers are able to properly wash and disinfect their vehicles every time they deliver pigs to an abattoir. But washing facilities at most abattoirs are reported by pig producers and hauliers to be inadequate.

• Waiting times are too long because there aren’t enough washing bays.
• Lighting is non-existent or inadequate for dark mornings and evenings.
• Water pressure is too low, and detergent is not provided.
• Washing bays are too close, risking cross-contamination.
• During cold spells, when viruses pose the greatest risk, the water supply can be frozen for days on end.

British pig producers are particularly concerned at present about the risk of foreign diseases entering Britain and spreading quickly through a naive pig population.

There is a threat of the notifiable disease African swine fever being imported from Russia, the Ukraine, Belarus and Lithuania. And in the States and Canada, highly virulent Chinese strains of Porcine Epidemic Diarrhoea are laying waste to hundreds of pig units.

Both viruses are harmless to humans, but they are fatal to pigs if they are carried onto farms on lorry tyres or on the boots and clothes of humans.

Early results from producer voting suggest the Dalehead Foods recently modernised and now world-class abattoir at Spalding in Lincolnshire will top the NPA league table with the best lorry-washing facilities. But it is too soon to say which abattoirs will occupy the bottom places in the league table as producers are still voting in the poll.

“Abattoirs may be reluctant to invest in modern lorry-washing facilities because they see it as dead money but this is short-sighted. They rely on a reliable supply of British pigs, so it should really be at the top of their agenda,” said NPA chairman Richard Longthorp.

“By committing now to improvements in lorry-wash facilities, processors have an ideal opportunity to restore their credibility with pig producers and take biosecurity a quantum leap forwards.

“We need good lorry washing facilities which in turn will encourage all hauliers to ensure their vehicles are thoroughly washed and disinfected before they depart to collect another load of pigs.”