Boghall Butchers in West Lothian, Marzipan’s Meats in Tayport and Thomas Burns & Son in Boness have each secured a Diamond Award in the Scottish Craft Butchers Awards 2020. 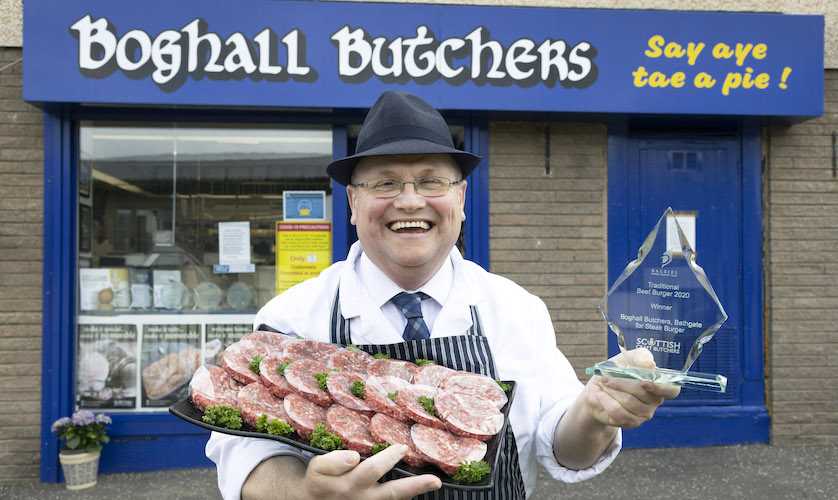 Awards veteran Paul Boyle of Boghall Butchers said: “We were runners-up for the title eight years ago and we set our mind to going one better one day. We’ve tweaked the recipe for this steak burger slightly over the years and now it looks like we’ve got it just right.

“We’re absolutely thrilled to achieve this top standing and it’s a real feather in the cap of everyone involved at Boghall Butchers.” 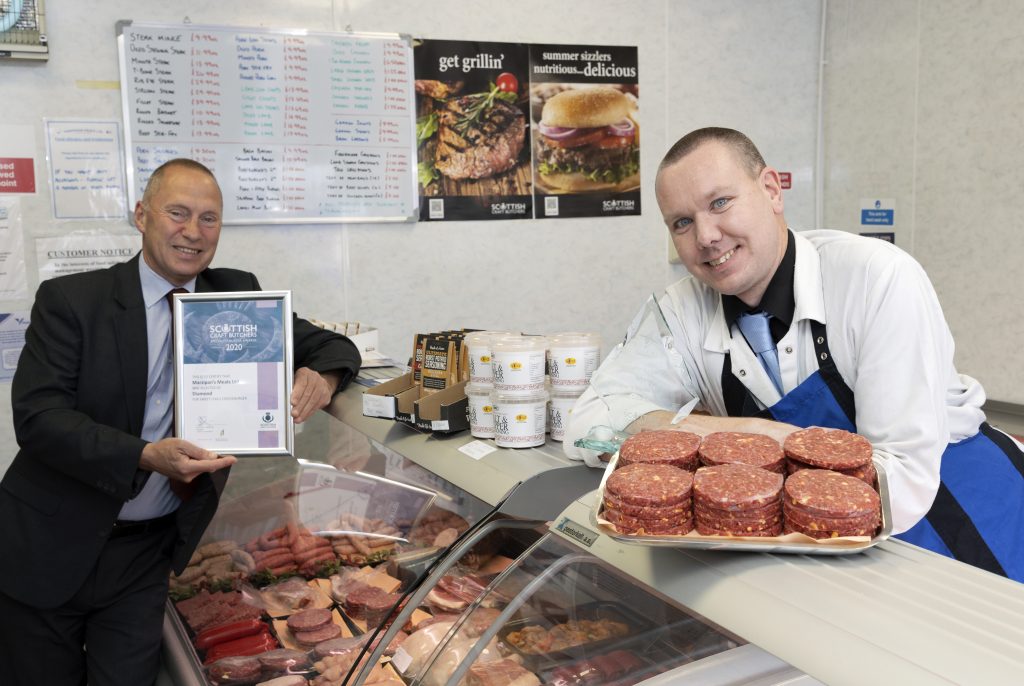 Taking the Scottish title for Best Speciality Burger is Tayport’s Marzipan’s Meats, where owner Paul Marzinik, who launched the business three years ago, said his award-winning Sweet Chilli Cheeseburger was a classic flavour combination that was already a winner with his customers.

Commenting on his award, Marzinik said: “It’s the fastest-selling burger we do. I’m over the moon to win the Scottish title and our beautiful Diamond Award will take pride of place in the shop window. My dad’s busy producing plenty more so that hopefully, anyone wanting to try Scotland’s best speciality burgers won’t leave empty-handed!

“This is an unbelievable honour and we’re over the moon to receive this recognition from the industry and our peers. It’s a tremendous boost to a young enterprise.” 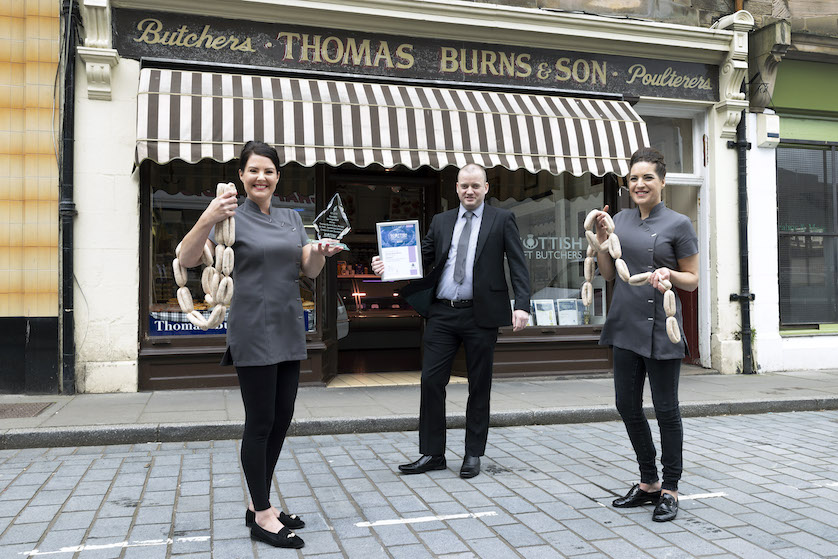 “This sausage formed part of our new summer food range and has proved a winner with our customers,” explained Ross. “To see it wow the judges as well is fantastic – we’re so thrilled. This is ultimately what we all want – the Diamond Award is the big one.”

Gordon King, executive manager of Scottish Craft Butchers, added: “Every time we stage these awards the bar just gets higher,” he said. “The innovation, dedication, quality and consistency shown by Scotland’s butchers is outstanding and the products presented for evaluation were among the best we’ve ever seen.

“We had nearly 400 entries this year, resulting in three Diamond, 120 Gold and 196 Silver awards being presented – all demonstrating the very high standard of product developed and sold by our local butchers.”

“Scotland’s local butchers proved yet again that they are the heart of the community and they have excelled not only as a local service but also on the national stage with some truly outstanding products.”

Scottish meat industry apprenticeships back up and running