An Alnwick butcher has introduced a brand-new sizzling summer gourmet burger package, all but one based on the town’s great and good, both past and present.

R Turnbull & Sons Butchers is encouraging burger buffs across Northumberland, notably al fresco aficionados with barbecues, to take up the gauntlet and have a crack at creating the burgers at home.

They will have plenty of help from an expert, with all five burgers, specially created buns, additional ingredients and recipe cards, with full cooking instructions, available from Turnbull’s Market Street shop. 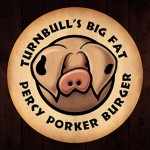 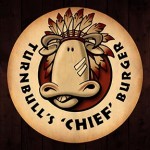 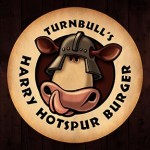 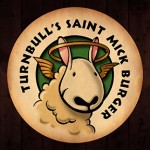 ‘The Big Fat Percy Porker,’ named after Alnwick’s most famous family, the Percy’s, who live in Alnwick Castle and have been associated with the town for over 700 years. The recipe is based on Turnbull’s pork & apple burgers.

‘The Harry Hotspur,’ the nickname given to Alnwick’s illustrious warrior Sir Henry Percy. At the heart of this recipe is Turnbull’s beef & caramelised onion burger, which qualifield for the final of a national BBQ competition.

‘The Saint Mick,’ named after St Michael, who stands on top of the Pant, a water fountain outside Turnbull’s shop, and who is, among others, the Patron Saint of grocers. His offering is based on the shop’s lamb burger.

‘The Chief,’ named after Turnbull’s legendary ‘Big White Chief,’ the late Bobby Turnbull, who first established the shop on its present-day site during the 1950s. The foundation is the shop’s beef steak burger.

‘The Bull Master,’ based on TurnBULL’s best-selling beef burger, dubbed the Master Burger.

While the ‘Best of British Burgers’ initiative is Turnbull’s brainchild, it represents a prime example of regional businesses working together in partnership.

Local design company Lazy Grace, based in East Newtown, Rothbury, has created a series of charicatures to represent the individual characters from whom the new burgers take their names. They are all featured on the new recipe cards.

Turnbull’s Butchers owner Mark Turnbull said: ” It’s a complete burgers package. We want to get people fired up and, equipped with all the ingredients, have a go at creating the new burgers themselves.”

Turnbull’s will also be firing up its own barbecue outside the shop on Saturdays throughout the school summer holidays to prepare and sell the new burgers range, with a donation from each one sold going to Northumberland Hospice in Alnwick. The initiative kicks in on Saturday, July 20.

Turnbull’s is a member of the national Butchers Q Guild, with Mark Turnbull currently serving as north-east regional chairman and national vice-chairman. Turnbull’s beef & caramelised onion burger, along with its traditional pork sausage both won through to the Q Guild national BBQ finals held in Oxford last month (June), where the sausage won third prize.