Following the retirement of Dr Robert Hubrecht at the end of 2019, The Universities Federation for Animal Welfare (UFAW) has appointed Dr Huw Golledge BSc PhD as the new chief executive of both UFAW and its sister charity, the Humane Slaughter Association (HSA). 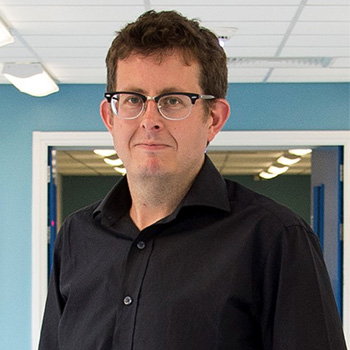 Golledge has been a member of the senior management team at UFAW and the HSA since September 2014 when he joined as the senior scientific programme manager, a role in which he helped to develop the research and educational activities of the charities as well as working on the general management of both organisations.  His background is in neuroscience and before joining UFAW and the HSA he was a senior research associate at Newcastle University working on neurophysiological and behavioural methods to assess and improve the welfare of laboratory animals.  He is interested in the application of rigorous scientific investigation to advance the understanding and ultimately to improve the welfare of animals.

Chair of UFAW’s Council Alick Simmons said: “The Council of Trustees and I are delighted with the appointment of Dr Huw Golledge as chief executive of UFAW.  Huw has been a great asset to the organisation and I look forward to working with him in his new role.  We are confident he will rise to the challenge.”

Huw Golledge said: “Both UFAW and the HSA have a long and proud tradition of working to improve our knowledge and understanding of animals and their needs through scientific research, education and training.  I consider it a privilege to lead the charities as they enter a new decade of pushing the boundaries of our knowledge to benefit animal welfare. I also look forward to helping both charities disseminate the findings of the research we fund, and animal welfare science more generally to everyone who can use this information to improve animal welfare, from governments and regulators to animal caretakers and the general public.”

Golledge will officially take up his new role with effect from the 1st of January 2020.