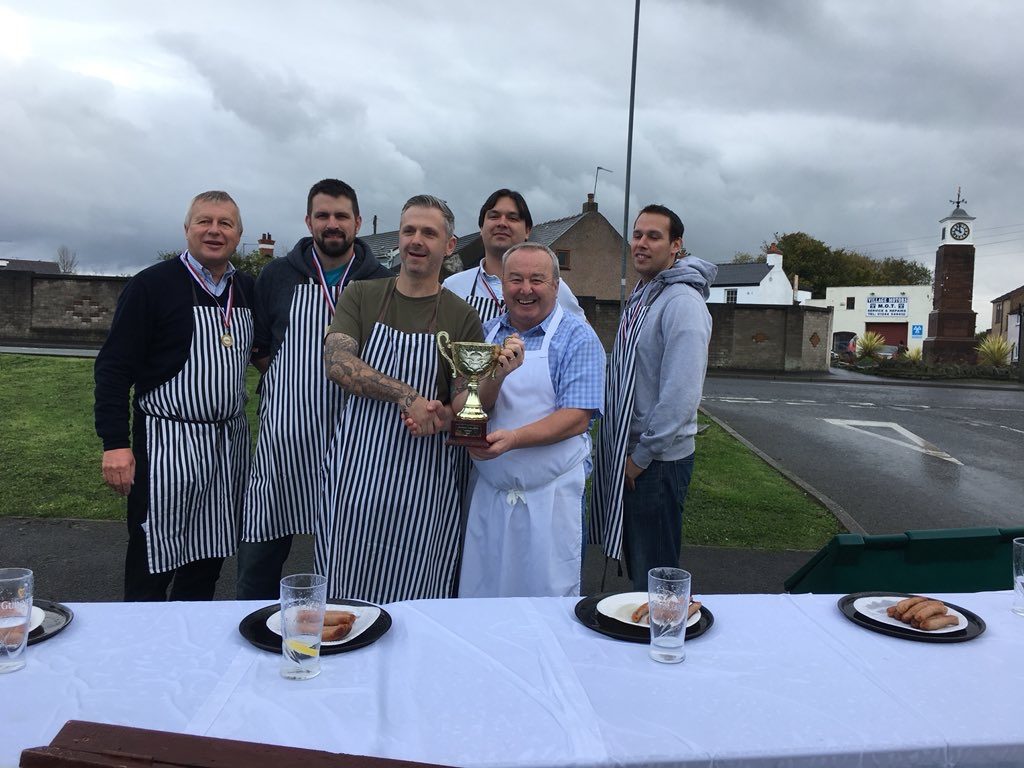 The competition challenged local residents to see how many sausages they could eat within 60 seconds.

Competing in the challenge were Brett Hanekom from South Africa, and Gareth Jones, Owain Davies, Paul Cowley and Andy Priest – all Penyffordd locals.

The winner, eating a total of six sausages in the one minute time limit, was Andy, followed closely by Gareth.

The prize for winning was a morning in the butcher’s shop making sausages with family and friends.

Steve Vaughan commented “It was all my wife’s idea really, Helen. She was the brains behind it!

“It’s been really well supported, and the competition went really well. It was opened up to everyone locally.

“The lads who took part couldn’t eat as many sausages as they first thought, which made it interested.”

Steve also said: “I think it’s been the week we’ve sold the most sausages ever in our shop.

“Events like UK Sausage Week are so important for butchers, especially being in Wales, it’s great to get that support.” 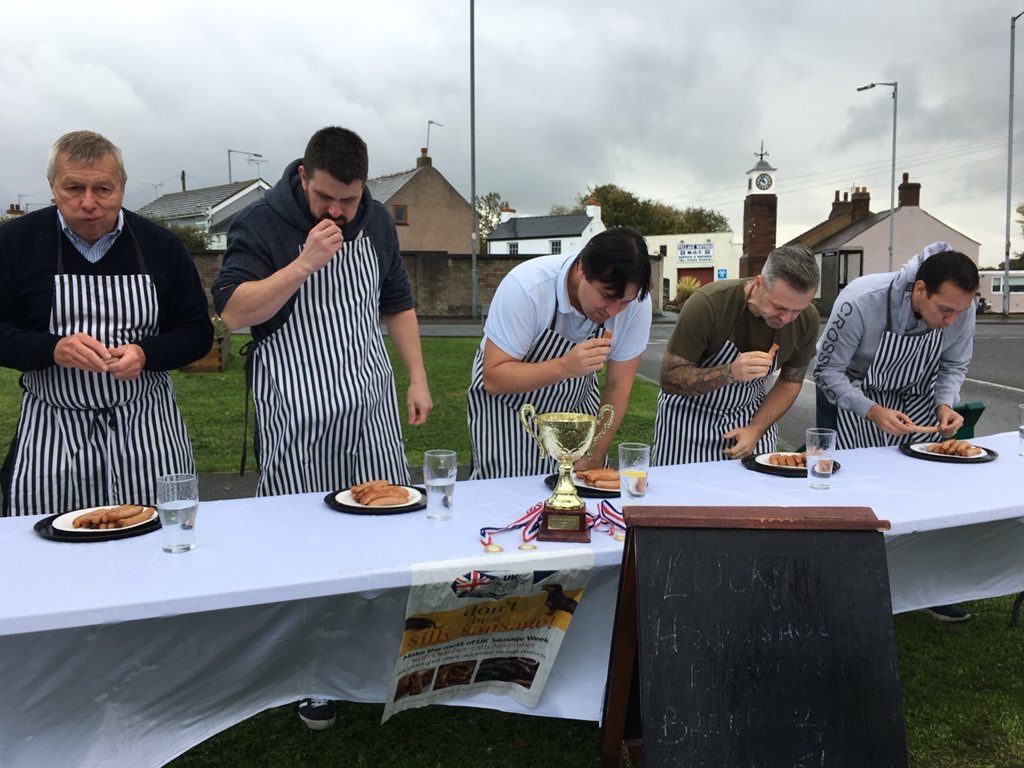 You can find out all about the event at www.uksausageweek.com.