Venison imports could double by 2020

Venison imports could double by 2020

If market trends continue the UK will be importing more than double the amount of venison in five years’ time, the Scottish Venison Partnership (SVP) has predicted. 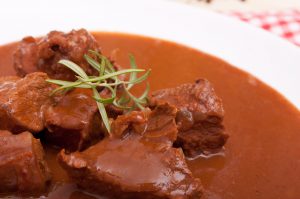 SVP estimates that the total annual UK venison outturn is currently around 3,800 tonnes. Around 70% of this coming from Scotland’s wild red deer cull, with other species, Scottish farmed and wild, and farmed from the rest of the UK making up the difference.

However, imports from New Zealand stood at around 17,000 carcase equivalents or 900 tonnes in 2015 with additional product coming into the UK from Poland, Ireland, Spain and other European countries.

Bill Bewsher, chairman of the SVP, said: “The UK continues to import around one third of the venison that it consumes, and we export to Europe about one third of what we produce – mostly venison from roe deer and late season red from stags, although this can vary subject to fluctuations in the Euro exchange rate.

“We import farmed venison because as yet the UK cannot produce enough volume from farmed stock which gives consistency in terms of age, colour, eatability and conformation of the meat.”

The SVP reports that the number of deer farms is increasing in the UK. Scottish deer farmers are now also eligible for the Basic Payment, having been excluded until two years ago, and the Scottish Government has been supporting initiatives such as the Deer Farm and Park Demonstration Day Programme.

SVP estimates that UK market growth is increasing approximately 10% year on year, and on this basis UK consumption of venison will rise from 3,800 to more than 6,000 tonnes by 2021. However, the SVP warns that if domestic production increases by only 5% per annum, in order to meet UK market demand, imports will be double what they are now by 2020 and will account for almost 50% of UK venison consumption by 2021.

Bewsher continued: “Our latest estimates are that the UK production capacity, wild and farmed, will total some 4,800 tonnes by 2021 of which up to one third may be exported. To fulfil UK market demand this would mean importing almost 3,000 tonnes, which is clearly good news for New Zealand’s deer industry and for venison producers in Europe.”

Scottish Venison Day, taking place on 4th September, encourages those who produce, stock, sell or serve Scottish venison to raise the profile of the product at this time, although, with increasing demand and a growing market, venison is no longer seasonal in availability.

Have you entered your meat products into the FMT Food Industry Awards?