Edwards, 23, who works for Vaughan’s Family Butchers in Penyffordd near Chester, was awarded the gold medal after two days of competition at The Skills Show, held at the NEC Birmingham. 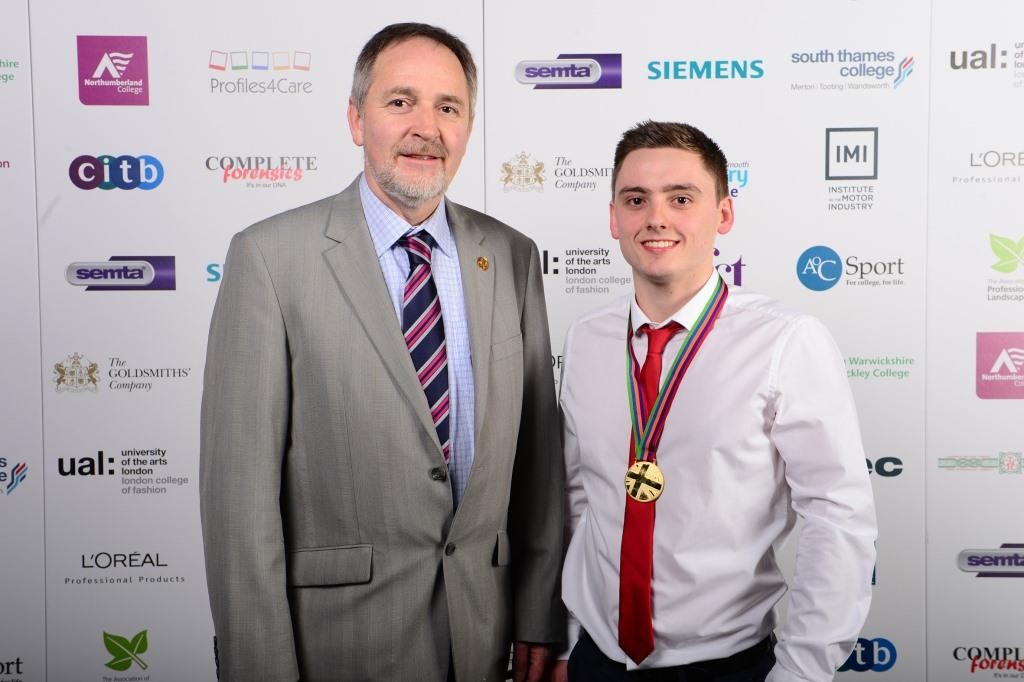 He was one of the six top scoring butchers from the combined heats in Wales, Northern Ireland and England who qualified for the closely contested final.

The butchers were all challenged to complete five tests: ready to eat products, sausage making, barbecue products, kitchen ready products and a boning and theme butchery display. Following the competition, the butchers gave a demonstration on Saturday at the show.

A further three points back in joint bronze medal position were Peter Rushforth of Swans Farm Shop in Mold, and Dylan Gillespie from Clougher Valley Meats in Tyrone.

The other two finalists were Daniel John Allen-Raftery, a butcher and slaughter man from Randall Parker in Llanidloes, and Matthew Parkes, who is an assistant manager for Walter Smith Fine Foods shop at Melbicks Garden Centre in Coleshill.

This was the first time that butchery has been included as a WorldSkills UK competition, and was organised by Welshpool-based training provider Cambrian Training Company on behalf of WorldSkills UK.

On winning, Edwards confessed: “To be honest I was very shocked to win because the skills level was outstanding. I competed for Great Britain in a competition in Switzerland last year and I found this competition equally as hard.

“Since I won the Wales heat earlier this year, I have practiced non-stop and it just shows that hard work does pay off. It’s the biggest competition I have ever won and it hasn’t really sunk in yet that I’m the UK champion.”