The magnificent surroundings of London’s Guildhall provided the setting for the Worshipful Company of Butchers (WCB) Master’s Charity Ball on Friday 19th May. 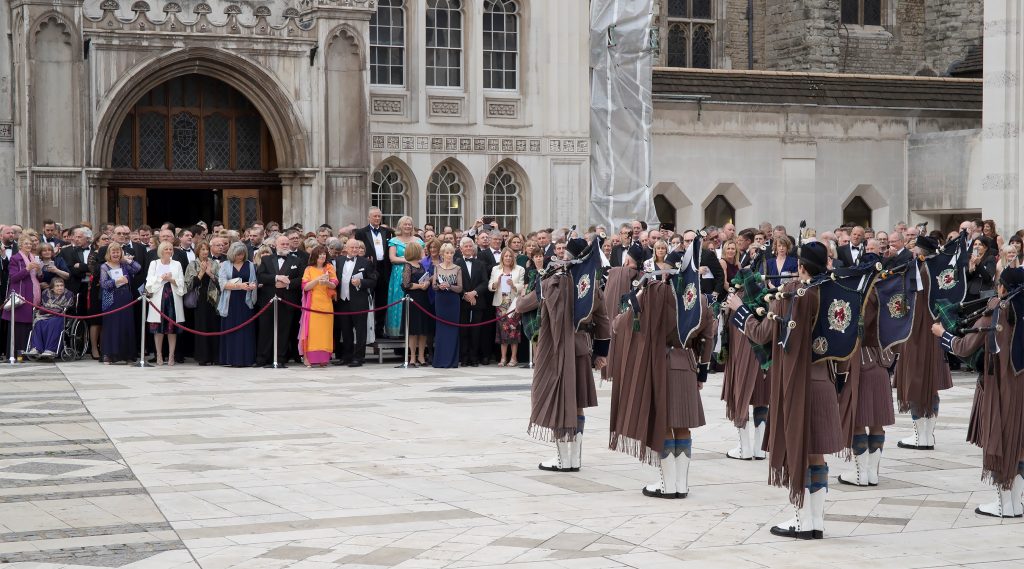 The Beating Retreat by the Pipes and Drums of The London Scottish Regiment at the Worshipful Company of Butchers Master’s Charity Ball. Photo: Phil McCarthy.

Liverymen of the WCB gathered at the venue to enjoy an evening of fine food and entertainment while raising money for two charities – The National Brain Appeal and the Queen Mother’s Clothing Guild.

The fundraising target for the event was £60,000 and, although funds are still being counted, WCB clerk Major General Jeff Mason told Meat Management that donations have reached around £92,000. 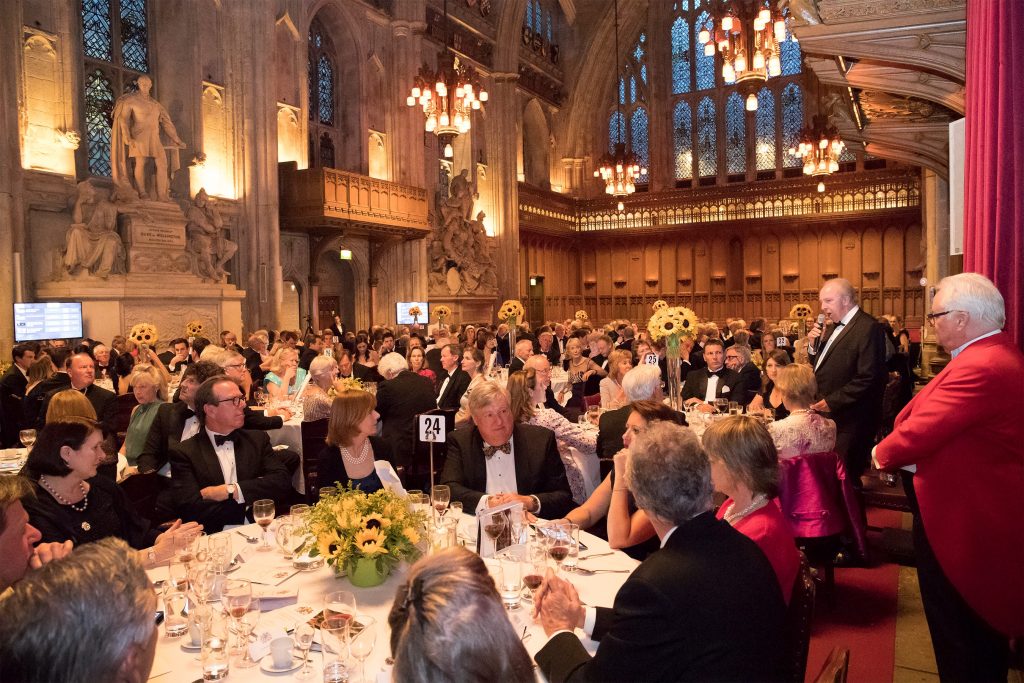 Fundraising activities on the night included a traditional game of Heads and Tails with the first prize being £250 cash and a Gressingham Hamper.

Another highlight of the evening was a raffle with a host of prizes, including A Weekend Night of Luxury at The Goring, A night at the Theatre and a Fortnum and Mason Fine Selection Hamper. Guests also bid generously in a silent auction.

The evening included live music, a three course meal and a drinks reception. A special moment at the Ball was the Beating Retreat by the Pipes and Drums of The London Scottish Regiment before dinner.

Meat Management was also proud to play a part in the event, producing a souvenir brochure, which liverymen used to advertise their companies and raise further funds.

WCB master Stuart Thompson said: “I would like to thank the evening’s sponsors, companies who have advertised in the Ball Brochure and all those who have generously donated items for the auction and raffle and the Ball Committee for all the hard work that has gone into making the evening possible.”