A young farmer from the Ceiriog valley in Wales is starring in a nationwide campaign promoting PGI Welsh Lamb and Welsh Beef. 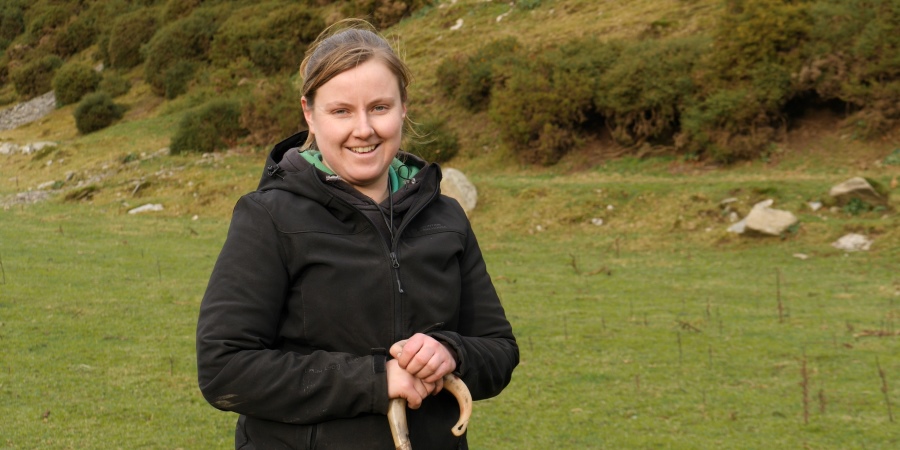 The £250,000 campaign was announced in November 2019 by HCC chair Kevin Roberts at the annual HCC Conference and will focus on Welsh red meat’s sustainable qualities. The campaign will include radio and tv advertising, on-demand tv advertising, and print and media partnerships. It will also feature core messages around Wales’ sustainable red meat production focusing on elements such as landscape, climate and water usage.

The television advert sees Hughes at home on her farm in Ceiriog valley and displays the dramatic landscapes and natural surroundings where she rears her own flock.

Commenting on the campaign, Hughes said: “Like most Welsh sheep and beef farmers, I am very proud of our industry, the food we produce and how we produce it. I’m very pleased to be involved in this campaign promoting exactly that.”

“Caryl’s knowledge, passion and experience are undeniable, and she is a very credible ambassador for our industry and produce. We’re sure viewers and consumers at home will find Caryl very relatable and engaging in this advert.”