UK food processing company, AK Stoddart, has secured a contract for its beef from Japan worth an estimated £1 million. 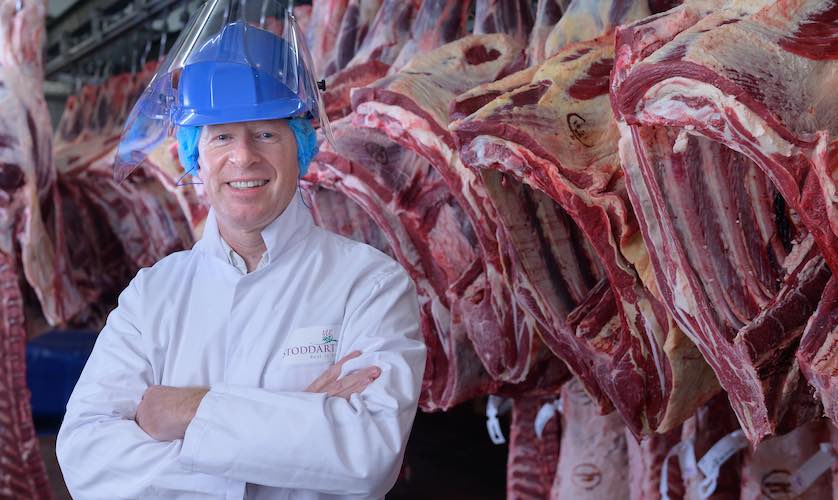 AK Stoddart says the deal will help the company reach its target of growing exports as the reputation of Scotch Beef PGI across the world continues to grow.

An initial 20-tonne container of assorted beef products was despatched to Japan last month and will be followed by further deliveries in the next eight to 10 weeks.

Stoddart’s is aiming for its exports to grow by 60% this year as a result of the export deal, with Japan acting as a stepping stone for other Asian markets.

Other countries that the company currently exports to include Germany, France, Italy, Netherlands, Belgium and Monaco.

“It’s fantastic news that AK Stoddart’s has secured such a substantial deal to supply our world-class Scotch Beef PGI into Japan – a market which is worth almost £130m to the UK red meat industry over five years.”

Grant Moir, managing director of AK Stoddart’s, said: “As restaurants start to re-open, we are ready to supply some of the top chefs with some of the best beef in the world. This deal with Japan marks an important step forward for AK Stoddart’s export plans and we will look to grow and expand on this.

“Brexit negotiations have opened up opportunities such as tapping into the US market, which will position us as the first and only beef processor in Scotland to be working with the States. But it has also thrown up challenges in trading and negotiations, it is a lengthy and timely auditing process to be approved for export to Japan and indeed the US. Taking the US in particular, there’s a large expat community and affiliation with Scottish culture, the importance to the Scottish economy of having trade links with countries such as the US and Japan is clear and we are working hard to navigate and adapt our business for export as the Brexit process ensues.”

The new contract builds on a preliminary delivery from the company to an event in Tokyo last autumn as part of the Rugby World Cup celebrations, co-organised by Scottish Development International and Quality Meat Scotland (QMS).

Alan Clarke, chief executive of QMS, said: “It’s fantastic news that AK Stoddart’s have secured such a substantial deal to supply our world-class Scotch Beef PGI into Japan – a market which is worth almost £130m to the UK red meat industry over five years.

“Japanese consumers are known for having a hunger for the best quality products and Scotch Beef fits the bill perfectly. Scotch Beef is a premium product, born, reared and processed in Scotland which is renowned across the world for its excellence and taste, as well as its leading levels of traceability, assurance and welfare standards.

“We look forward to continuing to work with AK Stoddart’s to grow their Japanese presence and their wider export portfolio, ensuring that Scotch Beef can be enjoyed by consumers in new and emerging markets across the globe.”