Board changes at ABP Food Group

Board changes at ABP Food Group 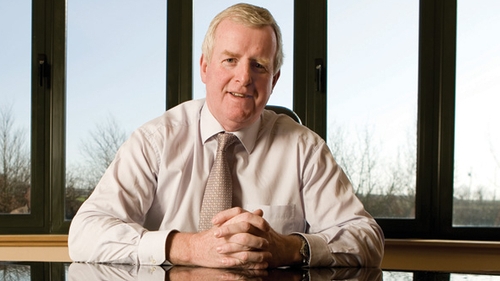 John Moloney,  a new ABP board director and chairman designate.

Moloney was also group managing director of Glanbia plc from 2001 to 2013 having held senior management positions within that organisation, including chief executive of Food Ingredients and of Agribusiness. Earlier in his career, he worked in the meat industry and in the Dept. of Agriculture and Food.

Tom Kirwan joins the board having stepped down from his position as ABP UK managing director last October. Tom began his career at ABP Cahir in 1982. In 1990, he moved to ABP UK where he held a number of senior positions in Wessex Foods, the convenience division and as managing director ABP UK since 2009.

Chartered accountant, Fergal O’Dwyer, chief financial officer of DCC plc also joins the board. He will step down from his executive role in July 2020, a position he has held since 1994. Prior to joining DCC he worked with KPMG and PwC in audit and corporate finance.

Two further directors will join the board, Finbarr McDonnell and Mark Goodman, both executives in the group.

Finbarr McDonnell joined the group in the 1970s. He has worked in the Irish Meat Division including plant general manager, managing director of ABP Ireland and Poland and, since 2017, as group chief operations officer of ABP Food Group.

Mark Goodman joins the board having begun his career with ABP after graduation. Over 15 years, he has worked at various ABP Ireland plants. Since 2011, he has held the role of managing director of ABP International, the international trading wing of the Group.

The new appointments will join existing and continuing board members Larry Goodman who remains in his role as executive chairman and Frank Stephenson, group chief executive.

Commenting on the announcement Larry Goodman said: “These new appointments to the board of ABP Food Group will enhance board capacity and capability and will facilitate the ongoing development and strategic leadership of the business.”