Transparency needs to be strengthened in the supply chain, a report by Cranswick has claimed, including greater clarity on food labelling and certification. 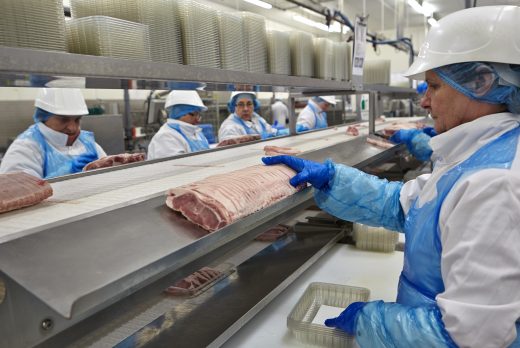 Growing consumer demand for new levels of transparency are set to disrupt the food industry in the wake of continued food scares, according to a Cranswick report, published in association with sustainability consultants, Veris Strategies.

With public trust in the food system eroding, the report Radical Transparency: The rise of disruptive consumerism, has highlighted the risks that food companies will face if they don’t take fundamental urgent action to address this.

The report, which draws on research conducted with consumers and industry experts, argues that as demand for food provenance grows, the food industry must be able to demonstrate greater accountability across the entire farm to fork supply chain, not just to future-proof business but to give added assurances on hygiene, safety, ethics and sustainability standards as transparency becomes an ever-increasing critical issue.

It predicts that in the future, shoppers will want to access real-time information on traceability issues from the convenience of their smartphone as part of an ‘open kitchen’ approach.

The ‘open kitchen’ approach refers to when restaurants and food businesses display their kitchens openly to the public whilst serving, allowing a level of trust and reassurance between consumer and business.

The ‘open kitchen’ analogy can also be applied to social media, which has increasingly encouraged consumers to question and take brands to task when their actions cause confusion.

The Cranswick report has been endorsed by Professor Chris Elliott OBE, director of the Institute for Global Food Security and faculty pro-vice chancellor at Queen’s University Belfast.

Elliott commented: “I highly commend the company for taking such bold and dynamic steps forward in terms of the transparency agenda.

“The ultimate goal must be that our UK citizens will once more start to trust the food that they rely on. Trust that has been lost due to scandal after scandal. To me, Cranswick is doing exactly the right thing at the right time and I can only hope others will follow suit.”

2 Sisters pledges to use less plastic and recycle more