A Midlothian sheep farmer swapped his fields for the aisles to support a campaign promoting Scotch Lamb PGI. 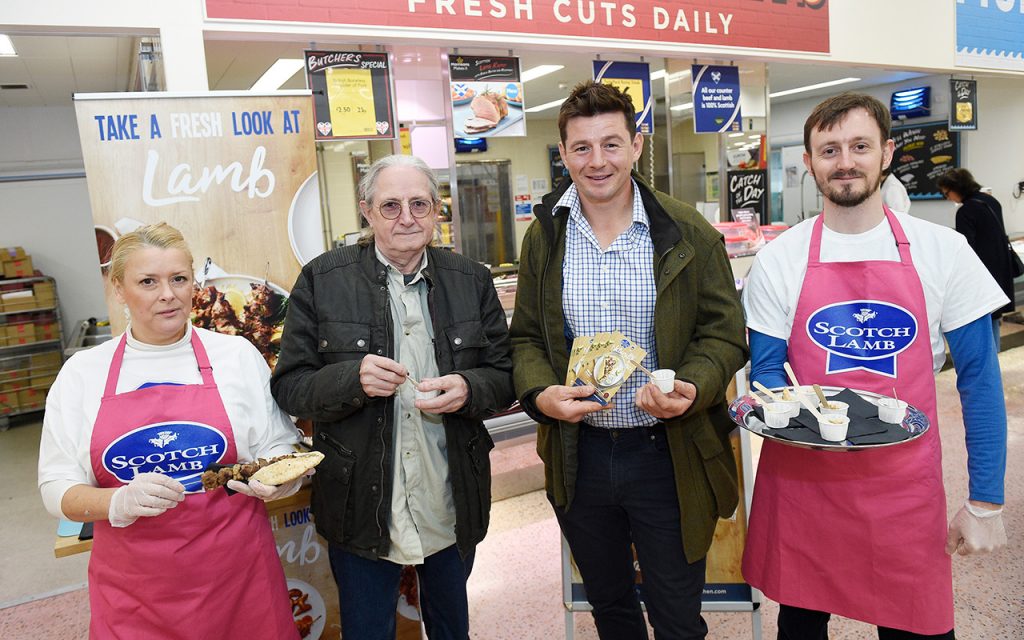 Peter Eccles of Saughland Farm near Pathhead recently attended Morrisons in Portobello, tempting shoppers with a taste of the versatile meat as part of the Scotch Lamb PGI sampling roadshow, delivered by Quality Meat Scotland (QMS).

Hoping to educate consumers on the benefits of enjoying Scotch Lamb as a tasty and versatile mid-week meal option, Peter also spoke about the journey of producing Scotch Lamb from farm to fork.

Eccles, Farm Manager at Saughland Farm, said: “These sampling events are an excellent chance to engage with shoppers on the hard work farmers put in to ensure they deliver a fantastic product that guarantees quality and traceability.

“With Scotch Lamb most readily available at this time of year, now is a fantastic time for families to incorporate this delicious meat into their mid-week dinners and let their children try something new.”

The Scotch Lamb roadshow comes as QMS brings back its “Scotch Lamb, Naturally” campaign, encouraging Scottish consumers to enjoy Scotch Lamb as a healthy mid-week dinner that the whole family can enjoy.

Lesley Cameron, Director of Marketing and Communications at Quality Meat Scotland, said: “Bringing local farmers to our sampling roadshows is a great opportunity to educate shoppers on the hard work that goes into rearing the highest quality Scotch Lamb.

“We hope that by having farmers talk to the customers while they try samples of the meat in versatile new recipes, we can inspire them to opt for Scotch Lamb next time they are on the hunt for a delicious mid-week dinner.”

The roadshows form part of QMS’s ‘Scotch Lamb, Naturally’ activity – a four-week long campaign which will for the first time include television advertising as part of the promotional mix, along with billboard, press, digital, social and radio advertising.