Home » News » Fifteen in the final for best foodservice sausage

Fifteen in the final for best foodservice sausage

Fifteen in the final for best foodservice sausage

The best catering sausage for 2012 is one step closer to being found, as entries into the prestigious BPEX Foodservice Pork Sausage of the Year Competition have been whittled down to the final fifteen.

The annual competition rewards excellence and innovation in sausages produced using Quality Assured pork, such as Red Tractor, for the foodservice industry. From over 200 entries judges have selected the top three sausages in each of the five categories, which will now go forward to the grand final at Butchers’ Hall on 26th October 2012. 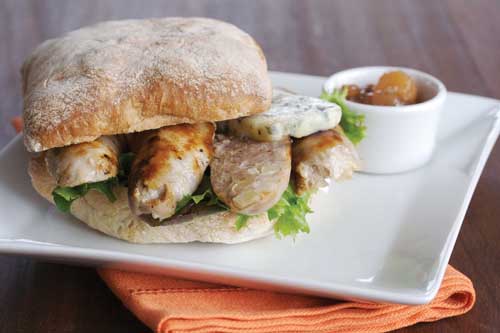 Will Toasted Ciabatta with Pork & Apple Sausages and Blue Cheese be on the winning menu?

Tony Goodger, BPEX’s foodservice trade manager, said: “The first round of the competition was very difficult to judge due to the incredibly high standard of entries. There has been so much innovation in the sector from different shapes and exotic flavours, such as the ‘Caribbean Sausage’ and ‘Tuscan Sausage Crumb’ to sausages that are suitable for different markets, such as the ‘Low Salt, Honey & Rosemary Whirl.’

“We’ve also seen an increase in the number of sausage-makers working with micro-breweries and partnering pork with great British ales, to produce unique varieties that are ideally suited to the pub and restaurant market. The brand new Iconic British Banger category; introduced for British Sausage Week 2012 (5th-11th November), did not fail to disappoint with many entries wowing the judges.”

Pork sales perked up during 2012 Olympics
EBLEX hits the road