The Farmers’ Union of Wales (FUW) has criticised the plans made by Public Sector Catering to reduce meat on menus in schools, universities, hospitals and care homes by 20%. 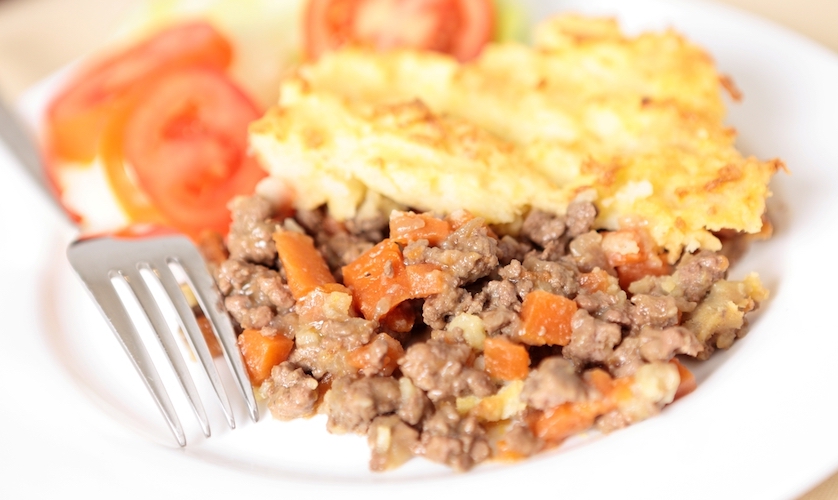 The campaign, which was launched by the chairman of the Public Sector Catering PSC100 Group, Andy Jones, states that the aim is to reduce greenhouse gas emissions.

However, in a letter to the chairman, FUW president Glyn Roberts stated that the grounds upon which the campaign is based are spurious and far more effective efforts could be made by public sector caterers to address both the issues of GHG emissions and health, by focussing on sustainable local and UK procurement.

A statement on the FUW website read: “Misleading media reports continue to overstate the impact of agriculture – and livestock farming in particular – on UK GHG emissions. This is despite a wealth of research which demonstrates that agriculture contributes just 10 percent of total UK emissions, with methane from livestock contributing 5.6 percent.

“This has been further evidenced in the fact that global pollution levels have fallen drastically during Covid-19 lockdown, yet farmers are still farming. Put simply, even if the population of the UK were somehow able to stop eating altogether while continuing their daily lives unchanged, 90% of GHG emissions would continue to be produced.

“The figures for agriculture compare with contributions to UK emissions of 27% from transport, 24% from energy supply, 17% from businesses and 15% from residences.”

“Misinformation about the role of agriculture and red meat production is leading UK and global consumers to make changes to diets and behaviours that are damaging to our climate and ecosystems, and the FUW is calling for action to be taken to redress current misapprehensions.”

The move from public sector caterers is in line with the Climate Change Committee’s (CCC) report which stated that meat and dairy consumption should be reduced by a fifth in order to meet the UK’s commitment to becoming a Net Zero economy by 2050.

The PSC100 campaign has also been supported by the Eat Better Alliance, a group which aims to introduce a 50% reduction in meat and dairy consumption in the UK by 2030.

Roberts continued: “Clearly all industries and sectors have a duty to work towards reducing GHG emissions, and agriculture is doing just this through a range of efficiencies and changes to practices and land use. The 26 years between 1990 and 2016 saw a 16% reduction in UK agriculture emissions and, during the same period, agriculture emissions in Wales fell by 12%. Drastic cuts to meat consumption threaten to hinder such in-roads, which require significant investment and innovation.

“The FUW believes that UK agriculture’s contribution to climate change continues to be exaggerated by those with moral objections to eating meat and animal products, a wish to distract attention away from other key polluters, or even food businesses wishing to promote non-meat diets based on foreign agricultural production. Indeed, the methane produced by global livestock farming has been estimated to be a fraction of that produced by rice agriculture, yet seldom do we hear of campaigns to reduce rice consumption to help tackle climate change.”

Similar campaigns, the Union president stressed, have sought to portray vegetarian diets as inherently more healthy than those containing meat, yet the Meat Advisory Panel, which comprises impartial doctors, surgeons and nutritionists, has estimated that average red meat consumption is now well below the levels in guidelines produced by the National Health Service. It says red meat remains an important source of protein, iron, zinc, B vitamins, phosphorus and potassium.

The FUW further pointed out that in previous years, those who cater for the public sector have attracted significant criticism for failing to procure food from sustainable UK sources and for using arguments relating to competition law to justify such buying, while examples in other EU countries demonstrated such arguments to be spurious. Both the health value and ecological footprint of food provided by public sector caterers could be improved significantly without any cut to the proportions of red meat supplied, for example through greater emphasis on local sourcing, according to the FUW.

The FUW added: “Misinformation about the role of agriculture and red meat production is leading UK and global consumers to make changes to diets and behaviours that are damaging to our climate and ecosystems, and the FUW is calling for action to be taken to redress current misapprehensions.”