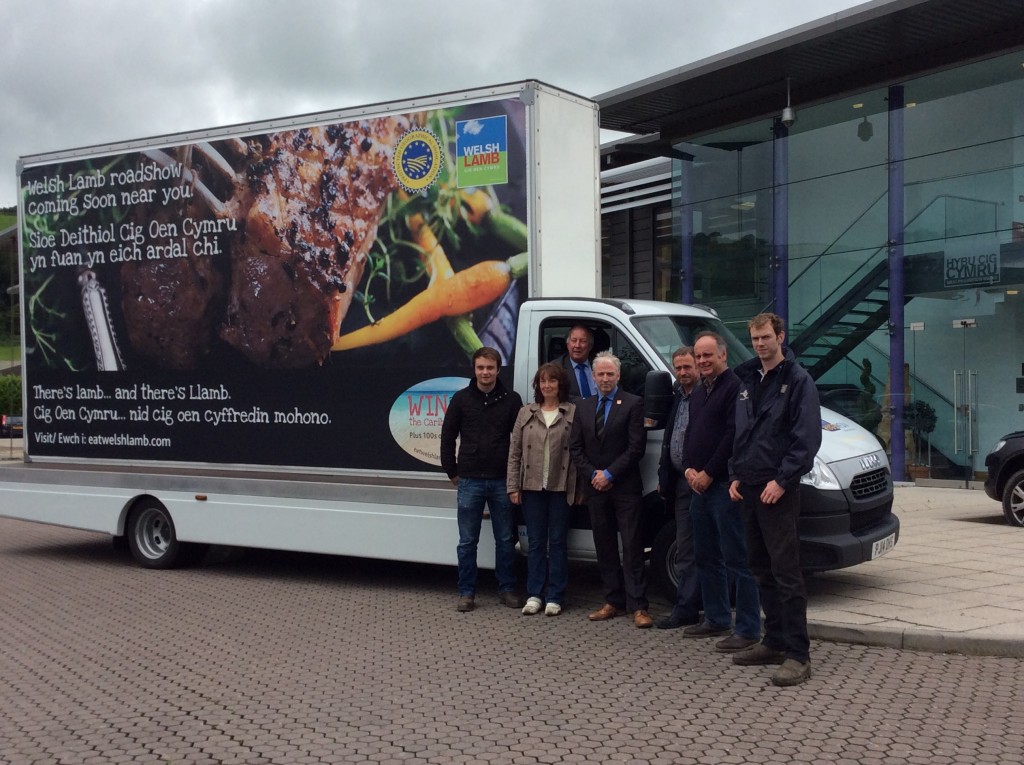 HCC chairman, Dai Davies with farmers and industry representatives at HCC’s offices in Aberystwyth before the launch of the billboard campaign.

The billboard was welcomed by farmers and industry representatives at HCC’s offices in Aberystwyth before it began its 14 day tour to visit 77 shopping venues across south Wales, England and mid and north east Wales.

The portable promotion is part of HCC’s marketing campaign which is seeking to encourage more British shoppers to eat Welsh Lamb after market pressures combined to push down farmgate lamb prices earlier in the summer.

“Welsh Lamb is second to none in the world and HCC is driven to differentiate our PGI status and premium world class products from those of our competitors. This year’s autumn advertising campaign will again do just that,” said Dai Davies, HCC chairman.